Bitcoin, which began as a cryptocurrency, has introduced several new features since its inception 10 years ago. While some people have embraced Bitcoin completely, there are doubters. Bitcoin is expanding its offerings to the world of gaming, and some people are unsure if the currency that exists only virtually would be a good place to gamble. 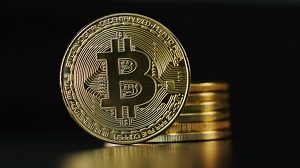 Bitcoin began 10 years ago, primarily as a way to conduct transactions off the grid. The concept of being able to conduct transactions without the use of a currency that was monitored by the government was attractive to many people, including black market operators. During its formative years, Bitcoin was almost exclusively used by the Silk Road website, which operated as an illegal black market.

Gradually, Bitcoin began to become more mainstream. There are businesses, especially those businesses that conduct all of their business online, who will take Bitcoin in business transactions. For example, many gambling websites offshore take Bitcoin as a form of currency.

The Use of Blockchain Technology

Bitcoin has been nibbling around the edges of gambling for a few years. However, the cryptocurrency company has become more experienced in the last year. While they could concentrate on their gambling platform, they have instead decided to allow other companies to put gambling games on their platform. One of the most successful companies that work with Bitcoin is called One Hash. One Hash founded in 2014 as a betting company. The company began by specializing in prop bets. Prop bets are special bets that allow people to make bets on events that usually have nothing to do with the outcome of the game. One Hash made its name by using prop bets on the Oscars, the Golden Globes, and the Grammys, for example. The company also took prop bets on the 2016 elections and the 2018 elections across the country.

One Hash has now introduced the new game Cyberdice. Cyberdice allows players to play each other or to play the “dealer.” Each player chooses a bet amount, which is the number of coins each player uses for an individual bet. Then each player chooses their chance of winning, which makes Cyberdice different from other dice games available on the internet or in the casino.

There are two choices on the game type with Cyberdice. Players can choose to play Roll Over or Roll Under. If the player chooses Roll Over, he or she must decide on a number. If they are able to roll a number above their chosen number, they win. Roll Under works the same way, except the winning player rolls under the number they chose.

What has made the game safer in terms of player security is that users are able to check after each roll whether the roll is secure, and ensure it has not been manipulated. Because the platform operates using blockchain, each roll is recordable and transparent. In addition, random numbers are generated through two different generators—one for the client and one for the game itself. The game uses two different random number generators to ensure security. It appears that Cyberdice is as safe as any dice game, if not safer.