Home » USA Online Casino News » Is There a “Rise and Fall of Kahnawake Casino?” Experts Aren’t Sure

Every now and then, an internet-gambling feature comes Google that actually makes no sense upon deeper explanation. Recently, an op-ed titled “The Rise and Fall of Kahnawake and the Future of Online Gambling in Canada” was printed in The Montreal Times that has confused some gambling enthusiasts. 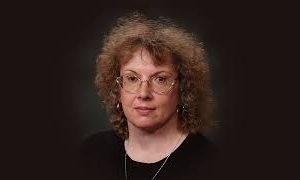 Writer Haley Hintze, wrote an article for FlushDraw.net, in which she expressed her concern about how inaccurate the op-ed is. She states” as someone who is well versed in the UltimateBet and Absolute Poker insider cheating scandals and their ties to the Kahnawake online-gaming operations, I always have interest in reading anything new that turns up along these lines. In addition, this piece offered a very real slice of seeming truth in its headline. The Kahnawake’s online-gaming operations, generally comprised of hosting facility Mohawk Internet Technologies and the regulatory-themed Kahnawake Gaming Commission, have indeed seen brighter days.”

Hintze goes on to state that MIT and KGC and other entities are on the Kahnawake Reserve, which is right outside of Montreal. The location is connected to Kahnawake’s long connection to virtual gambling. One of the biggest data pipelines serving North American runs through the Kahnawake’s tribal property. This gave the Indian nation access to high-speed service and data that has been the envy of a number of other hosting services around the world.

The Kahnawake also served virtually all corners, this in the heyday of unlicensed offshore sites serving the US market. In addition, a lot of that blew up because of the UB and AP cheating scandals. Later an agreement reached with the New Jersey Division of Gaming Enforcement, in Kahnawake was mostly forced to treat the US online-gambling market as a hands-off jurisdiction. This means that offshore sites wishing to accept US customers have to look elsewhere for hosting services.

Hintze points out that this was the outcome that would occur years ago, regardless of the UB and AP scandals. However, the editorial printed in The Montreal times, which was available to the public near the end of 2018, stated that this was a bad decision, on the Kahnawake’s part and noted that the nation had a “hard line stance” not to serve the United States.

An excerpt from the piece in the section titles Hard Line Stance states:

“The KGC’s tendency to swerve into hard line stances is probably the reason why it is now considered an obsolete gambling commission. A notable action from the KGC that began turning heads (and not in a good way, not really) was the 2009 Ultimate Bet cheating scandal. Tokwiro Enterprises was the affected gambling operator. After a long investigation on the purported cheating carried out by Tokwiro Enterprises, the Kahnawake Gambling Commission enforced several sanctions on the Ultimate Bet casino website.

In addition to a commission fine amounting in $1,500,00, Tokwiro Enterprises were also ordered to return $22,000,000 to its players on the Ultimate Bet website. Regulatory measures have also been put into place to ensure that Tokwiro Enterprises will no longer be able to carry out any cheating against players.”

Even though it seemed that this was helpful to consumers, the hard line stance by the KGC certainly had consequences throughout the community of international gambling providers. This will likely have repercussions for years to come.