Home » USA Online Casino News » Is There Such a Thing as “Gambling Brain”?

In the past, people did not treat gambling as an addiction. In fact, for hundreds of years, gambling was a vice. People considered those who gambled too much sinful or weak. However, over the past few years, researchers have been considering the possibility that gambling is an addiction. Or, is it possible for someone to have a “gambling brain?”

A woman was in her mid-20s the first time she gambled during a girls’ trip to Las Vegas. Although she won a little money, she did not gamble again until 10 years later. By then, she had moved to the East Coast and chose to gamble occasionally. However, when she reached her late 40s, she began to gamble more extensively. She left her job to gamble four times a week. Eventually, the police arrested her for allegedly stealing money from her legal clients. A jury found her guilty, and she spent two years in prison. She maxed out multiple credit cards and ended up tens of thousands of dollars in debt. She realized she was a gambling addict when she went to prison and attended Gamblers Anonymous meetings. She also had sessions with a therapist. Gambling wasn’t entertainment for her as it was for most people—it was a way for her to get high.

What the Psychiatrists Said 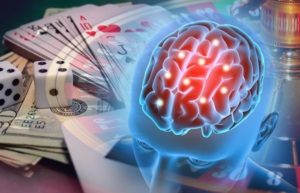 When interest in gambling exploded in the United States in the 1990s, psychiatrists discovered there were three types of gamblers. First, there are the strategic gamblers. They treat gambling as a business and walk away after they have gambled a certain amount. Second, the entertainment gamblers only gamble a few times a year, have a budget, and stick to it. Third, there are the gambling addicts, who could not stop once they began gambling. In the latest DSM manual, psychiatrists decided gambling is in the same class as drug and alcohol addiction.

Psychiatrists, neuroscientists, and geneticists have said research supports the idea that gambling and drug addiction are similar. The makeup and triggers in the brain are the same for both. Neuroscientists have scanned brains of thousands of people who have had gambling addiction problems and those who have not. They noted that the brain is, in part, a reward system circuit. There are various areas of the brain known to link memory, movement, pleasure, and motivation for doing things. The scientists discovered that when gambling addicts gamble, they stimulate these regions and produce dopamine. In addicts, dopamine enters the system at up to 10 times the rate of people who aren’t addicted.

In addition, research has found that gamblers who cannot stop most likely inherited their behavior from someone else. They will also pass the addictive behavior onto their offspring. However, there is some good news. The research has found that addicts can use medications to control the cravings as well as the urge to gamble. This is especially true for medications used to treat drug addiction. These have also proven especially effective against gambling cravings. The most important thing for gambling addicts is to get into treatment.