Kenya’s gambling dens, where people placed bets on sporting events and played card games, operated illegally for decades. However, in the last five years, gambling in Kenya has become restricted, with laws being passed for regulation of gaming halls. The government has said that gaming needs to be curbed to ease the rampant gambling problem in the country. But Kenya may now have to endure additional restrictions on their ability to advertise, even as they rejoice in possible gaming tax reductions.

The Recommendations of National Finance and Planning Committee

Currently, the tax on gambling revenue from the regulated gambling industry stands at 35%. The committee has recommended cutting the tax on all gaming revenue to 15%, which was met with widespread approval from the industry. However, many social agencies disapprove of the proposed reduction in the allocation of gaming revenue to social programs from 25% to 5%. Social welfare agencies have said that their share of the revenue should increase rather than decrease. 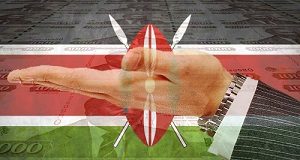 The tax rate for gaming was attached to the Tax Laws Amendment Bill and went into effect in January with a tax rate of 35%. However, in the new Finance Bill, the committee recommended that the tax rate be cut. This decision was partially influenced by the protests of betting operators claiming that their revenues would be cut in half.

The implemented tax rate has caused issues with gambling establishments. Some gaming operators chose to leave the country, while others moved their operations to other areas in hopes of escaping the ban.

In addition, the Kenyan government has discussed the idea of imposing a 20% tax on gamblers’ revenue. The tax would further fund initiatives to help social services handle the overflow of citizens who’ve had problems with gambling. When the Kenyan gambling market was unregulated, children as young as six were allowed to bet, contributing to the national problem.

The Kenya Film Classification Board has recommended a ban  on gambling advertising between 5 a.m. and 10 p.m. Acknowledging Kenya’s history of underage gambling, the board strives to restrict gambling advertising during hours that children are tuned into media outlets like television, radio, and internet.

The board has stated that if a ban becomes effective, gaming houses could face legal action, including fines, if they don’t comply.

Other countries have banned gambling advertising as well, either completely or during specific times. For example, Great Britain has banned advertising of sporting events during games. Football clubs are often sponsored by gambling establishments, relying on the industry as a source of revenue. Football officials complain that the inability to advertise during games has hurt their business, which in turn reduces taxable income. Italy recently banned all advertisement on television, no matter what time of the day it is. Australia has also banned advertising of gaming during sporting events, which has also met with criticism.

The Kenyan government argues that they need to generate revenue to assist their people, including those who are overcoming gambling addictions. However, if gambling businesses leave the country, Kenya may lose more than just gaming revenue.