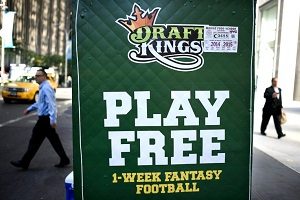 Daily fantasy games have been around in the United States since 1990. Several newspapers ran daily fantasy sports specials as a way of drumming up business for their papers. Newspapers were suffering from the beginnings of a downturn in the industry and wanted to publicize something new.

Sports gaming can be categorized into two groups; daily fantasy sports competitions, and competitions that have a guaranteed prize pool. Most daily fantasy sports games operate like a draft; players have a budget to spend on players for their team. The amount paid for each athlete depends on how good the athlete is. Daily fantasy games have different variations. The most common daily fantasy games are 50/50 or double-up games. Players win double their entry fee if they finish within the top fifty percent of participants in the game. A league is another type fantasy game that offers tiered payouts, but also caps the number of contestants.

However, not all of the parishes were as enthusiastic about sports gambling. Voters in West Baton Rouge Parish, Ascension Parish, and Livingston Parishes voted against daily fantasy sports.

The plan calls for daily fantasy sports games to be available online or through an app in January. Bettors will be able to play a variety of sports games, beginning with football playoff teams. 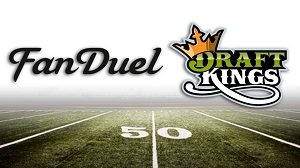 Some critics argued that DraftKings and FanDuel used their money to back the legislation. DraftKings and FanDuel are the two largest daily fantasy sports games in the country. The chief opponents of the measure were the Louisiana Baptist Convention, which has nearly 1,700 churches under its rule. The Louisiana Family Forum was also heavily against the proposal due to its strong conservative background.

There will be an interesting debate in the parishes. The debate will be about how to keep customers who live in parishes that did not approve the measure from gambling. In this case, the state is trying something interesting to keep people out—geofencing. Geofencing will use internet location addresses of players. The people who live in the areas that did not approve the measure cannot play. However, with the sheer number of people who may want to play, this may be difficult to do.