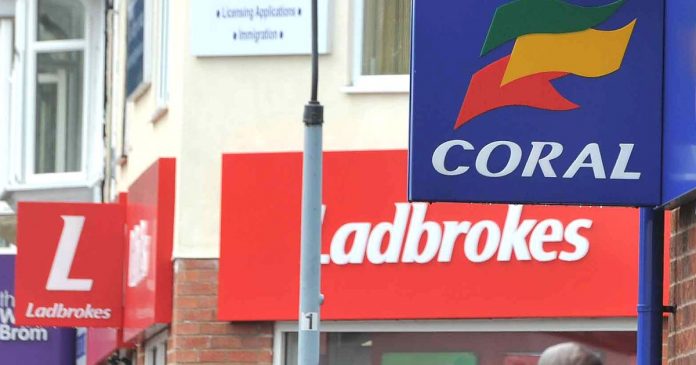 In 2016, the shops that were set up had decreased by two. Not a huge drop, but a noticeable decline. The betting service now has only 141 shops in Ireland. However, despite the reduction in the number of stores, the betting service has still seen an increase in revenue. Just last year, the company’s revenue rose 3 percent.

Between the beginning of July until the end of October, Ireland’s retail net revenue had fallen by 1 percent. However, European retail climbed by a whopping 17 percent, making the 1 percent irrelevant.

In addition to the impressive rise in revenue from the European retailers, the company also saw a net revenue increase in the digital realm, at 12 percent.

The sportsbook net revenue saw a growth of 18 percent, and the gaming net saw a 6 percent increase.

With this continued rise in revenue, Ladbrokes looks to become a top-rated betting service across the United Kingdom. The outsourcing of betting services across different media has proven to be most beneficial for the service.

The online casino word has become a very financially successful medium for betting services. The digital realm has also been very beneficial to Ladbrokes Coral.

Where the increase in revenue is the most significant, however, is in all the United Kingdom. With the ever-increasing level of success the company has had, the owners have been trying to create more stakes in the online casino realm.

Just a few months ago, the government launched a 12-week consultation for the online betting services and has hampered down on the amount a person can bet on. It has lowered the amount significantly from 100 to 50, with 50 being the max and two being the minimum. 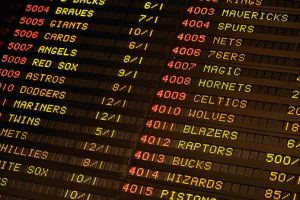 Right now, online gambling addiction has become a very prominent issue in the United Kingdom. Many individuals are suffering from long-term problems because of their addiction. With the government stepping in to help, there has been a fiery debate over who is responsible for the addiction.

Ladbrokes has said it plans to take an active part in creating a plan that will benefit the company and hold gamblers to some level of responsibility.

This 12-week consultation, however, is not slowing down the increase in revenue Ladbrokes has been experiencing thus far.

It can be assumed, however, that because the maximum amount that could be wagered on the games was lowered, the online services could be affected.

Many analyzers, however, say the company will still see an increase in revenue because they believe the betting service will remain strong in the betting community.

Unfortunately, because of the government’s influence on the service, the company has seen a decrease in share prices by 2 percent.