In Las Vegas, there are two different types of gambling. One is gambling in the casinos in the area. The other is gambling in the stock market. A very famous sports gambler in Las Vegas has lost his latest round in court. Billy Walters has been fighting an insider trading conviction and a five-year prison sentence for cheating the stock market. A federal appeals court recently upheld Walters’ conviction, which means that most likely, Walters will see the inside of a jail cell rather than a sportsbook. 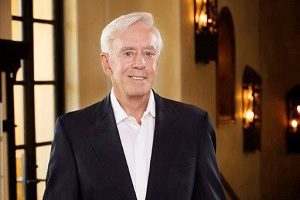 William “Billy” Walters was born in a small town in Kentucky. He stated that he has been betting on sports since he was nine years old. At that time, he used the money he saved from his paper route to bet that the New York Yankees would beat the Brooklyn Dodgers in the 1955 World Series. Although the Dodgers beat the Yankees, and he lost all his money, Walters has said that this loss did not stop his desire to bet on sports.

Until 30 years ago, Walters was a perennial loser in any type of gambling he tried. He lost the first house he bought pitching nickels. He lost two wives in the process of losing at gambling. His luck began to change in the early 1980s, when Walters began to win at roulette in Las Vegas and Atlantic City. With a gambling partner, Walters began to win at sports betting and roulette. He has been known to win up to $1 million in one night in roulette.

Walters’s greatest success has been in sports betting. He was one of the first people to use technology to bet on sports. His group of analysts and gamers have won hundreds of millions of dollars in sports bets over the last 30 years. One of the largest one-time bets Walters won was on the USC-Michigan game in 2007. At the time, Walters won $2.2 million dollars.

Walters was tried and convicted of using inside information to make money in the stock market. One of his friends, Thomas Davis, was the chair of Dean Foods. Dean Foods (at the time) was a dairy processing company. The chair also had ties to the Darden Restaurant Group, which owned the Olive Garden Restaurant chain. Davis gave Walters insider information about both companies. This insider information helped Walters profit nearly $50 million dollars over six years, and avoid losses during the Great Recession.

The Trial and Aftermath 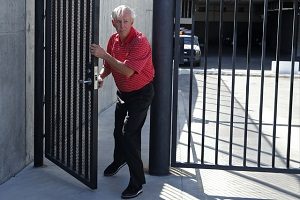 Walters was tried and convicted in April of 2017 of insider trading. At the time Walters was ordered to pay over ten million dollars in fines and $25 million in assets he must forfeit as part of the conviction. He was also sentenced to five years in prison. Walters immediately appealed, mostly on the grounds that an FBI agent leaked information about the grand jury proceedings. The FBI agent leaked information about the proceedings to reporters who were looking for a story on Walters, Davis, and their connection to Phil Mickelson, who is a professional golfer. At one time, Mickelson owed money to Walters as part of an ongoing sports bet.

The 2nd U.S. Circuit Court of Appeals ruled that Walters’ conviction be upheld, even though it conceded the behavior of the FBI agent was out of line. The court noted that Walters received a fair trial and the FBI agent’s actions did not mean that the state did not prove its case. The appeals court stated this was especially true given the agent was not directly involved with the evidence gathering during the case. Walters has said he will continue to appeal until he cannot appeal any more—, which means his case might go before the Supreme Court.