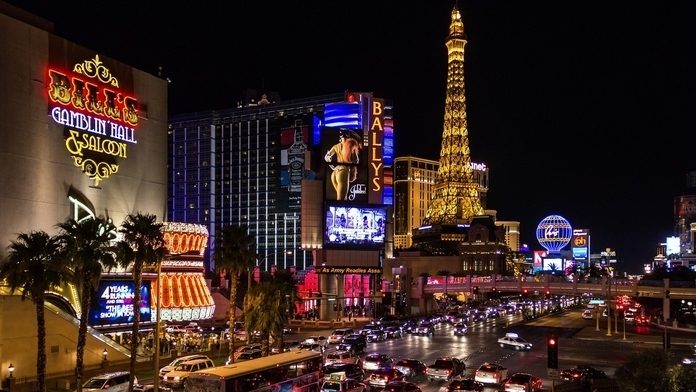 The Lucky Dragon is facing an unfortunate foreclosure after a brief and rocky run that lasted a year.

The opening of the casino-resort seemed to be more than optimistic and there were hopes for a bright future. However, not long after it opened when things started to take a rocky turn. The casino-resort had the intention of attracting a certain demographic, But, unfortunately, it instead failed to attract much of a crowd at all. In addition, the casino-resort lost a great number of employees. This led to a short-term closing of the casino and its restaurants. Around a hundred staff members were let go, which also included the general manager, according to LasVegasjournalreview.com. This was done to cut down on expenses. While the current situation is unpleasant, according to Calvinayre.com and the hotel casino’s social media sites, the establishment is undergoing a “process of repositioning” and hopes to be back up and running again some time “within six months.”

The casino held a “soft opening” in 2016. But, since then, unfortunately, things have not been very good for the casino-resort. Part of its design was to have signs in the casino written in Mandarin. This was a way to bring in customers from the establishment’s targeted Asian demographic. The casino had hoped to attract the attention of native Chinese who lived locally, as well as Chinese who were living in the southern part of California. When the casino opened two years ago, it was the first gaming establishment in Las Vegas that was developed from the ground up. It was also the first to focus its entire attention on an Asian demographic.

As for the Chinese customers who were guests at the casino, they were not exactly happy with the establishment’s comp policy. According to the website calvinayre.com, the customers described it as a “comparatively stingy gaming and comp policy.” However, Jordan Seager, the general manager for the Lucky Dragon, begged to differ, stating he felt the policy was “in line and even more fair” compared with what other casinos offered. He also felt that this was only a hiccup. The casino simply needed a little more time to develop a great relationship with its customers and clientele.

Although now, this sounded like a great plan, the casino-goers who weren’t Asian were not happy. They took issue with the casino’s theme – it didn’t match their demographics, — and, ultimately, it caused them to feel a bit out of place. This also led to these customers visiting the casino, but not turning into the repeat customers every business needs.

Andrew Fonfa, the developer of The Lucky Dragon, acquired a loan for $90 million in 2016 to build the casino. This was somewhat of a surprise because there was no mention of the loan in a 2016 press release for the opening of The Lucky Dragon. Instead, it stated the venture was “fully financed.” However, according to Las Vegas Review-Journal, records for the property show the loan was taken out after construction had begun.

Unfortunately, on top of everything else, last year, the casino faced litigation. Companies said they were owed money for work that was completed. According to LasVegasreviewjournal.com, both Midwest Pro Painting and Penta Building Group claim the Lucky Dragon did not finish paying them. Midwest Pro Painting filed a suit against the Lucky Dragon’s insurance and contractor firm last March, arguing it was owed $793,300 for labor done on the casino. Penta Building Group, a general contractor, claimed that while the Lucky Dragon did pay $76.4 million, the casino still owed the company a total of $7.4 million in unpaid work.

However, according to LasVegasreviewjournal.com, the two companies have dismissed the claims.