Kentucky is one of the least friendly states in the country with regard to gambling. There are no casinos in the state. Kentucky also has one race track. People can bet on bingo and other charitable games and the state has a lottery. While people in the state favor legalizing casinos and sports betting, legislators and governors have been against it. That is, until now. The frontrunner in the governor’s race is in favor of legalizing gambling to help the state’s ailing pension fund. And, there are many people in the state who are listening closely.

The Economics of Kentucky

Kentucky has historically been a poor state. In fact, it is the fifth poorest state in the country. Almost 20 percent of the people living in Kentucky live in poverty. Other states have seen a rise in the number of people who are returning to work after the Great Recession. That is not the case for Kentucky. The unemployment rate has decreased, but many people in the state are struggling. The state is 28th in the level of debt per Kentuckian.

The Problems with the Pension System in Kentucky 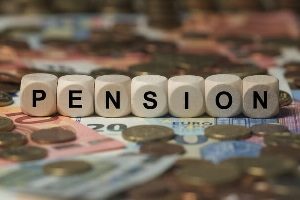 The state has a pension fund for government employees, teachers, police officers, and firefighters. Employees pay into the fund every month from their paychecks. When they reach retirement age, they receive a check each month. Many states have similar pension plans. However, several missteps and miscalculations have caused Kentucky’s pension plan to become seriously underfunded. First, economists did not anticipate the number of people who would be retiring from the Baby Boomer generation. Baby Boomers represent the largest number of pensioners in the state. Also, the pension system has a history of not balancing risk with returns. The system made poor investment choices. Past governors and legislators did not want to ask for tax increases to bail out the fund. All the poor decision-making means the state has a $43 billion pension shortfall.

What if the state cannot resolve the pension situation? Thousands of first responders, teachers, and government employees will not be able to receive the amount they paid into it. This problem may lead to more people in Kentucky falling below the poverty line. It could also lead to both people and companies leaving the state. 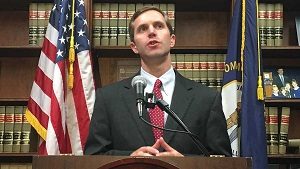 The current frontrunner for governor is Andy Beshear. He is a Democrat from Louisville. Born and raised in Kentucky, Beshear’s father was governor of Kentucky for eight years, from 2007 to 2015. As governor, his father championed the gambling cause as a way to fully fund pensions. Beshear has used the pension fund as a cornerstone of his campaign. He has said that Kentucky must find ways to become more financially stable. In addition, Beshear has said he wants to move Kentucky into financial strength without taxing residents. He has said he feels Kentuckians pay enough to the state in taxes. He wants to help the pension fund without hurting everyone else.

Beshear would like to pass legislation that legalizes both sports gambling and casino gambling. However, many legislators and candidates are not in favor of that. Two fellow Democrats and candidates have come out as opposed to the plan. In addition, some state leaders have expressed doubt that gambling alone will solve the state’s pension woes. In fact, they have said legalizing gambling may cause more problems than it solves.

There is more to Beshear’s plan, however. He proposes if Kentucky legalizes sports gambling and casino gambling, all the revenue will go directly into the pension fund. He estimates this plan could solve the pension system in a generation.