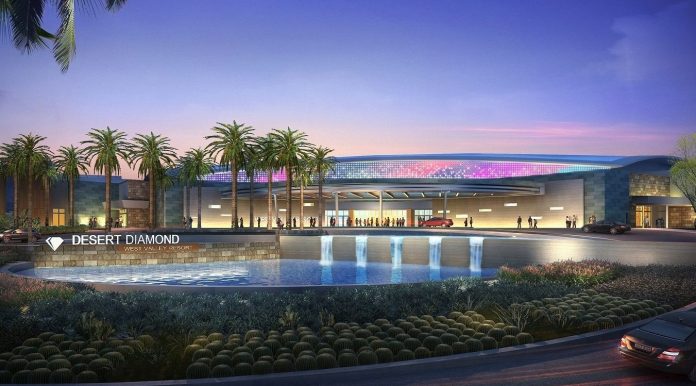 Glendale, Arizona police arrested the final suspect in a gang of three robbers who posed as cops to kidnap casino winners. The trio stalked and kidnapped two winning slots players from the Desert Diamond Casino, a tribal casino operated by the Tohono O’odham Nation.

The other two suspects were apprehended weeks ago. Isaac Castro Gonzales, 38, and Lisa Gomez, 28, were identified as part of the kidnap gang.

Gomez identified her boyfriend, David Stevens, was the third suspect. The gang scouted potential victims at the Desert Diamond Casino in Glendale, Arizona, stalked them, accosted them, and robbed them.

Gonzalez was identified as a member of the Wet Back Power 31st Avenue gang.

Gomez was seen on the Desert Diamond security video following the two female victims out of the casino after one of them had won $300 playing slots.

The two women began driving home in a BMW SUV just after 2 am on January 13.

According to the victims, they were stopped by a Chevrolet Malibu, which they thought was an unmarked police car with a blue flashing light. Another car approached from behind them and blocked them in.

One of the kidnappers waved a gun and threatened to kill the victims if they didn’t give them their PIN numbers.

The victims were taken to several ATM machines in Glendale, where they withdrew $3,000 from their accounts. The kidnappers then stole their phones and purses and released them around 5 am.

The victims managed to get to a phone to call 911, and when police arrived, one of the victims still had zip ties on her hands.

Gomez was arrested after the gang abandoned their vehicle and fled on foot. Gonzalez was identified from the casino surveillance video and connected to the Chevrolet Malibu.

After police arrived at the home of Gonzalez with an arrest warrant, he barricaded himself in the building. A SWAT team was called in to extract him. He had outstanding arrest warrants from previous crimes.