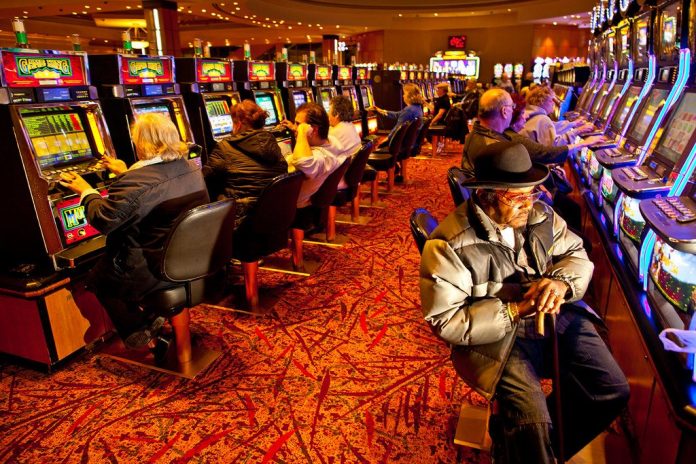 Many consider New Jersey to be one of the top gambling destinations in the United States. The state saw a big increase in gambling revenue in 2018. The rise in sportsbooks has primarily been the reason for this increase. However, the pace of gambling revenue has slowed in the first quarter. In fact, the casinos reported their gross operating profits declined by nearly 30 percent in the first quarter.

The state of New Jersey had gambling for an extended period of time during the early 20th century. People came to Atlantic City to take advantage of the seashore and to gamble. Like many areas of the United States, the gambling businesses shut down during Prohibition and the Great Depression. There was no movement on the gambling front in Atlantic City until the 1970s. The city saw gambling as a last-ditch effort to combat crime and joblessness in the area. Atlantic City was also hoping to raise revenue in the city.

In the late 1970s, the first casinos opened along the boardwalk. They have contributed millions of dollars to the local and state economies over the last four decades. The city experienced a downturn and casino closures during the Great Recession. However, the last five years have been different. Two new casinos have opened in the last year, and revenue has been rising.

One of the reasons Atlantic City has been doing so well is the advent of sports gambling in the United States. New Jersey sued the federal government over the right to have sports gambling. The U.S. Supreme Court agreed with New Jersey’s argument. The state said it had the right to regulate its own commerce. New Jersey initiated sportsbooks nearly a year ago, and they have been very successful and profitable.

The New Jersey Division of Gambling Enforcement recently released figures for the first quarter of 2019. These figures reveal that nine Atlantic City casinos had a steep decline in their operating profits. This is troubling because revenue was down 30 percent despite the two new casinos. In the first quarter of 2019, the casinos reported nearly $90 million in profits. The casinos record their gross operating profits to include their earnings before interest payments, depreciation of equipment, and taxes.

Experts think one of the reasons the revenue might be falling is because of extra competition. While the Atlantic City government praised the casinos for bringing new jobs to the city, officials are worried. The city leaders are concerned the added competition might affect the other casinos’ bottom lines. The Hard Rock Atlantic City and Ocean Casino Resort opened in June 2018. Since their openings, overall revenue for casinos has not really increased.

Figures for the current year seem to show that. The casinos in Atlantic City reported $250 million in gambling revenue for April. In the first four months of the year, the nine casinos generated nearly $1 billion in gambling revenue. That figure represents a 20 percent increase from the year before. On its surface, this seems to be a reason to celebrate. However, there are indicators that point to a slowdown in casino revenue. For example, the revenue from both table games and slot machines recorded a growth rate of 8.4 percent from 2018. This sounds great. In reality, however, only the Borgata Hotel Casino & Spa recorded an increase.

It remains unclear if the stalled casino revenue will stay the same or increase in the second quarter. Summer is usually a busy time in Atlantic City because of the beach. Tourists usually find themselves at a casino after strolling the boardwalk.