A former army captain and far-right politician, Jair Bolsonaro was elected president of Brazil in October 2018. The election campaign was quite divisive with the camps arguing the opposing team’s victory would mean disaster. Bolsonaro campaigned based on eliminating waste from a governmental standpoint. He also has a negative stance on legalizing gambling in the country, claiming that individual states should have the ability to approve the practice within their localities or not.

Brazil urgently needs new sources of revenue to offset its ongoing slump. The previous administration considered the legalizing of gambling as one of the resorts. Congress looked to change the legal status of online sports betting and other gambling forms. The objective would be creating a significantly larger gambling market worth over $5 billion within the first few years. The illegal gaming transactions within the country are almost double the amount generated through the legal platforms. This revenue brings zero benefits to the government or societal groups as it mostly benefits offshore private organizations. In many states, the revenue gambling generates significant financial gain for the government. It assists in funding health or social projects, so this could be significant for Brazil. 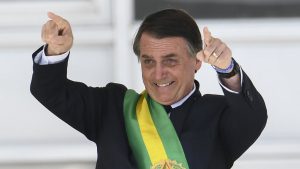 President Bolsonaro’s preferred to run his campaign away from gambling as a platform. His answer on the question of legalization was a possibility of allowing each state to decide their preference. In principle, he opted he opts against gambling, though it is to debate to come up with the best solution. He is personally opposed to the inclusion of gambling into the allowed practices constitutionally. However, he is open to a dialogue of federalization. It is evident a federal law with parameters is needed for state legislation. There are figures in play such as Mango Malta one of the staunch supporters of president Bolsonaro. Unfortunately, Malta failed his re-election bid to the senate despite his support for the president and his anti-gambling stance. His stance and that of other conservatives fuel the president’s passive-aggressive war on apparently liberal debates like homosexuality and gambling.

Progressives within the senate are pushing for the regulation of sports betting via the 303/2017 bill. Unless appeals are requesting the senate’s analysis for the proposal, the bill is going to move to the lower house. Senator Rocha claims the bill seeks the authorization for guidelines for casinos in resorts within Brazil. His arguments shield behind the platform of tourism as it is allegedly vital to regulating the industry sustaining Brazil. After all, tourism attracts international groups and promotes commerce, which stimulates the economy. His arguments are solid as they allow the foothold required to get betting into the Brazilian door. For this reason, casinos seem to be an entertainment alternative just waiting for exploitation. This is the same oil wells lay in wait for drilling in the Middle East.

The president came into power on a platform persuading the country of change from the previous way of doing things. Bolsonaro represents a conservative and s firm hand on the economy and regulation on liberalism. Gambling, unfortunately, represents the progressives and the younger generation, which receives some scorn. It is inevitable, though, considering sentiment is changing toward its favor both in parliament and in society. That is probably why Bolsonaro claimed it is a personal stance rather than a directive he would enforce. He gave space for debate on federal regulations and local mandates for the activity. He foresees a situation when it becomes a statute leading to capitalization by several significant entities.