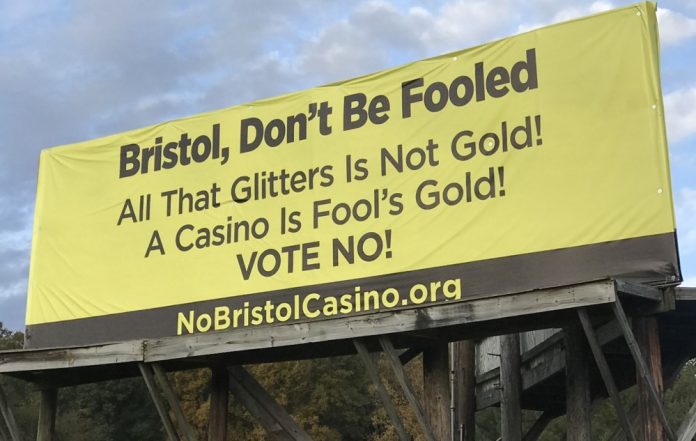 If the answer to the question ‘What would Jesus do?’ appears on a billboard, you just might be in Virginia. According to local religious groups, the Lord would vote ‘no’ on a casino.

‘Don’t think a casino is going to be your savior! It will turn out to be your Satan! VOTE NO!’

‘Don’t be fooled: All that glitters is not gold! A casino is fool’s gold! Vote NO!’

‘What would Jesus do? He would definitely vote no on the casino referendum!’

The bulk of the church’s righteous wrath is centered around the proposed Hard Rock Bristol casino/hotel complex, but other casino proposals are up for the vote on November 3. Virginians will have a choice to allow casinos to be built in towns like Bristol, Danville, Norfolk, Portsmouth, and Richmond.

The church action group is called “No Bristol Casino,” with the ‘sin’ part of the word ‘casino’ appearing in bright red.

What religious groups view as a bee in the biblical bonnet is viewed by local developers as much-needed economic relief in distressed areas. The towns in question meet the criteria of economically distressed towns and qualify to host a casino after voter approval.

If a Virginia city has an unemployment rate of more than 5% and a poverty rate of at least 20%, it qualifies for casino approval and development. And the cities in question saw a population decrease of more than 20% from 1990 to 2016.

Casinos bring thousands of jobs, and millions of dollars in taxes, which provide benefits which greatly improve the overall community. However, conservative religious groups believe casinos cause more problems than they solve.

They compare gambling to cocaine addiction and alcoholism, and the church group promotes their message through billboard ads and targeted mailers. According to a Virginia church leader named Russell Moore, “Most of the ‘market’ for gambling comes from those in despair, seeking meaning and a future. The most important thing a church can do to undercut the local casino is to preach the gospel,” he said in a statement. 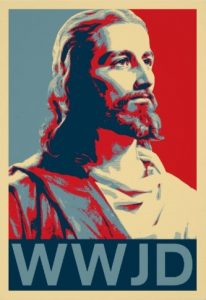 The project in question is the proposed Hard Rock Bristol, a $400 million renovation of the vacant Bristol Mall into a casino and entertainment venue. In addition to the traditional slots and table games, the complex would house a hotel, convention center, restaurants, shopping, and a music venue.

While Jesus has yet to speak on record as to what exactly he would do regarding a Bristol casino, the church groups seem to speak for him. And their message is clear.

They probably don’t want to lose any of that church donation plate money in a slot machine.