According to a report by Inside Asian Gaming, the new law being introduced in China is designed to staunch the flow of money from China into foreign casinos. By targeting foreign casino operatives, Chinese authorities plan to impose prison sentences of up to five to ten years in prison.

“Whoever operates or manages casinos, or is designated by casinos outside the country, and organizes or solicits Chinese residents to participate in overseas gambling,” the law states, “where the amount involved is large with a serious nature, shall be punished according to provisions.”

Gambling in China is illegal, and the resulting ban led to millions of Chinese gambling tourists flocking to international gambling hubs like Macau, Philippines, and Australia. The new law is not focused on China’s special administrative regions (SAR) like Macau, but other foreign casinos which target Chinese gaming tourism.

China has already implemented measures to cripple the VIP junket tourism industry in Macau, which has directly affected the revenue of Macau casinos. 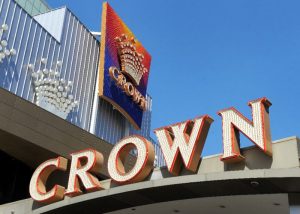 China loses track of the currency in the process, and accuses the junkets of harboring organize crime elements, money laundering, and tax evasion. Junkets are the bane of Australian casinos, where current investigations into the Crown are currently underway.

According to IAG, 19 Crown staff members were detained in 2016 for “gambling crimes.” Sixteen of these employees served prison sentences of nine months. If the current amendment to China’s gambling laws passes final approval, the prison sentences would jump from nine months to up to ten years.

China has the Philippines in its crosshairs once again, claiming that Philippines Offshore Gaming Operators (POGOs) are targeting Chinese gamblers through websites. However, Philippines President Rodrigo Duterte defied China’s wishes, citing the sovereignty of the Philippines.