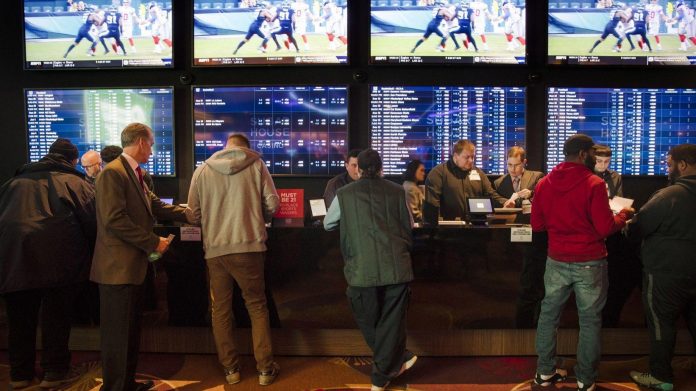 Following a 10-year long failure at trying to push Illinois further into the gaming market, a Democratic lawmaker is now attempting to revive the original proposal which will see the U.S. state take on some dramatic changes to their gambling footprint – including an expansion to legalize the act of sports betting.

The individual in question is Rep. Robert Rita, a Riverside Democrat who has been backing the campaign to bring sports betting to the state’s table since last year.

Aside from seeing an end to the Nevada monopoly, this year Rita has been vying for a wider scope of measures which would allow the development of 6 additional casino sites in the state, as well extra seats at existing gambling halls and betting facilities.

When Rita presented the revised proposal to the Executive Committee last week, he said how “Sports betting is a component that everybody is looking for. The existing casinos are looking for the sports betting. … It’s the common denominator that could bring it all together.”

Others in favour of the gambling expansion feel it is the ideal time to set the wheels in motion too – particularly when other prolific changes are happening within the state. Supporters say that the $350 million generated in annual tax revenue is absolutely vital for financing the state’s $41.5 billion construction plan; currently under the jurisdiction of Gov. J.B Pritzker, which is hoping to be ruled out in the General Assembly’s spring session  this coming Friday.

The Plan in Brief Summary

Though the terms and hopeful plans have not been drawn up into an official legislative proposal yet, Rita did say how it would look very similar to the former proposal; adding an extra brick-and-mortar casino to Chicago, as well as up to 5 riverboat casinos. One of these would sit in the north of Lake County, while in southern Illinois Rockford, Williamson County and Danville would get one each, and the last one would also be located in the south Suburbs of Chicago. The proposal would also ask for additional gambling seats at horse track racing facilities on top of sweepstake bets.

When last year’s proposal was up for debate – one of the largest concerns was towards certain groups being excluded from the constructions jobs which would become available, as well as the costs involved to carry out an expansion of such a sheer scale.  The plan has also faced criticism from the horse racing industry, after wagering in casinos pushed it down on a major decline almost 3 decades ago.

Last year at the Legislative spring session, Rita had also revived the idea of lawmakers implementing such changes during the final week. The plans were heavily backed by the mayor at the time Rahm Emanuel, who left the office this month with no conclusion of the terms.

Despite this, the initial plan finally made it through the legislature in May 2011, but it was delayed from reaching government approval for many years. A Chicago Democrat, and The Senate President John Cullerton, had actually used a parliamentary procedure to stop the proposal going to the democratic Governor at the time, Pat Quinn – who overruled the decision by deeming it too “top heavy” and “a pile of garbage.”

Rita’s measures are still being separately categorized from the hopes of having sports betting legalized in the state. The General Assembly is due to adjourn its spring session on May 31.