There is no question that New Zealanders love to gamble. It’s estimated that as many as three-quarters of Kiwis spend money on a gambling activity during the year. More than 40 percent of New Zealand’s adults report gambling at least once a week.

While the New Zealand government waits for the tax revenue, a lot of the money generated isn’t reaching the country. That’s because of the number of offshore gambling companies doing business in New Zealand. The money spent by gamblers who are playing online with an offshore company doesn’t go to New Zealand. Instead, that money goes to the headquarters of the offshore company.

Now, the New Zealand government wants to regulate those online companies. It wants to send more money from gambling into New Zealand’s treasury.

The Scope of the Problem 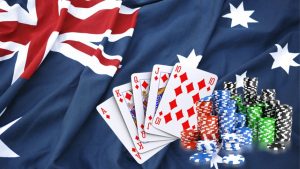 At the moment, New Zealand has two online gambling providers that are legal and pay taxes. TAB is the sportsbook for horse racing, greyhound racing, and other sporting events in the country. It has operated since 2003 as a sports betting monopoly. The other provider that has legal standing in New Zealand is Lotto New Zealand. This company operates as a monopoly and offers different kinds of lottery drawings and lottery games online.

Many critics of regulation in New Zealand say that gambling offshore is not illegal in New Zealand. They also charge that there are a limited number of opportunities for gambling in the country. Neither of the two companies offers poker and other casino games, for example. Many New Zealanders enjoy playing games online and offshore because those sites offer a variety of games. Also, the sportsbook in New Zealand does not offer gambling on teams from other countries. This is a problem since many New Zealanders want to gamble on soccer games that aren’t played in the country. These would include World Cup Soccer, English Premier League, and Championship League matches, for example.

The New Zealand government has offered several solutions to the problem of gambling. First, the government has said that it may choose to do nothing about the offshore gambling business. This has generated an enormous amount of criticism since the country is losing revenue. There have also been calls to allow the two existing companies to offer more products. TAB could expand its offerings to sports gambling fans on a larger scale, such as soccer matches around the world. The New Zealand Lotto could begin offering casino gambling games and poker games online. However, some people have criticized awarding them any additional contracts.

Other officials have said New Zealand could give more licenses to domestic operators. This would allow more businesses to compete in the market. There have also been calls to license all domestic and offshore operators. In order to continue to offer games to New Zealanders, the businesses would have to pay a licensing fee. They would also have to give a percentage of their revenue to the country’s treasury. In this scenario, the New Zealand government would restrict Internet access if businesses don’t comply. However, this trick does not always work, as gambling businesses can find a way around Internet restrictions. The New Zealand government has given proponents of the different ideas until Sept. 30 to submit their proposals.