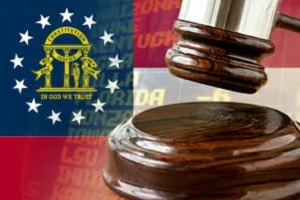 In the mid-2010s, the state of New Jersey sued the federal government over gambling laws. New Jersey said the federal government had no business deciding whether states can have sports gambling. In 1992, Congress passed the Professional and Amateur Sports Protection Act (PASPA), which outlawed sports gambling. In 2018, the U.S. Supreme Court agreed with the state of New Jersey and overturned the law.

The now-defunct law was only one of several that were on the books about gambling. Many people suggested that rather than creating new gambling laws, the federal government should enforce the laws we already have.

The Rise of Daily Fantasy Sports Before the Court

Two daily fantasy sports leagues have been quite successful in the United States before the High Court struck down PASPA. Both DraftKings and FanDuel could operate during PASPA under what many consider to be dubious assumptions. PASPA dictated people could not bet on the outcome of games. DraftKings and FanDuel were sites where players could build teams using different players to play a game. Both companies started with football games, but the industry has since grown to include baseball and basketball.

The government allowed the daily fantasy sports sites to continue even though there was a law against sports gambling. No one bets on the outcome of games. However, people ante up for running “tournaments” using teams and players of their choosing. Individual states sued the companies for violating antigambling laws. The federal government did not.

The Problems with the Wire Act

The U.S. government passed a law in the early 1960s called The Wire Act. The act outlawed the transfer of money meant for gambling via bank wire transfer. Created while Robert F. Kennedy was attorney general, the purpose of the act was to target the Mafia. At the time Congress passed the law, the government believed bookmakers sent money to the Mafia through wire transfers. However, the federal government used the act as an excuse to outlaw several gambling enterprises.

Until the 1990s and the rise of the Internet, no one paid any attention to the Wire Act. The Internet of the 1990s was truly an experience in the Wild West. People developed all sorts of games to play, and they developed ways to bet on them. Over time, gamblers and gambling companies began exchanging money over the Internet.

The government looked the other way for years. However, in 2018, it decided the Wire Act included all forms of online gambling. Some states, such as New Hampshire, immediately sued. A federal judge ruled that the Wire Act’s reach is specifically limited to sports gambling.

Congress attached this legislation to the end of a safe ports law. It prohibited online gamblers from transferring or businesses from accepting money from gamblers gambling online. This had an immediate effect of chilling the U.S. online gambling industry. However, states, such as Pennsylvania, New Jersey, and Nevada, began to pass online gambling laws. In essence, they ignored the federal law.

The problem with all the federal laws is that states can circumvent them by passing laws that favor gambling. They are making the same argument as New Jersey. Gambling is commerce, and the federal government does not have the right to regulate commerce within a state. To date, the federal government has not sued the states that allow Internet gambling. If the government wants to make hard and fast rules for sportsbooks and casino gambling, it will be difficult. States have already allowed casino gambling and sportsbooks. And, once the idea of gambling online is out, and other states adopt it, it’ll be difficult to stop it.