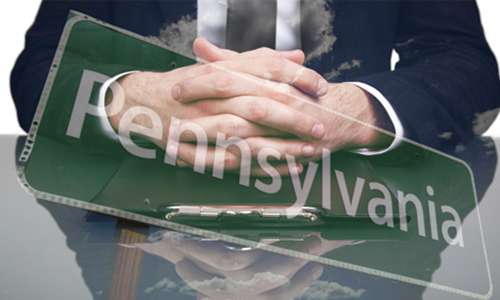 The mammoth figures are said to be made up of licensing fees, auction profits on mini-casinos, lottery expansion, sportsbooks and online gambling – as opposed to typical gaming revenue usually generated by state gaming operators and casino establishments.

According to PlayPennsylvania.com, the Keystone state has made close to $1 million a day on average since Bill 271 was passed to accommodate I-gaming, sports wagering and BGT activities throughout the region; massively surpassing budget estimates, and prompting more and more operators to petition and bid for further licensing on online games such as keno, poker, lotteries as well as virtual fantasy sports.

One of the main analysts for PlayPennsylvania.com, Jessica Welman spoke during a recent press release about the revenues produced by the state’s gambling expansion “The most notable aspect of the significant revenue that has been generated is that this is almost completely from fees, rather than tax revenue gained from gamblers. Clearly there is enough interest in Pennsylvania’s enormous market so far to generate the fees.” 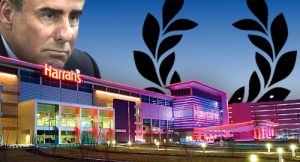 Statistics evidence that online lotteries, keno and sports betting petitions all collectively generated $23 million in 2018 alone. State tax collection of slot machines produced $799.8 million, auctions for mini-casino licenses generate $128 million, whilst licenses for online casino games such as poker bought in close to $94 million. After a further dissection of figures (including return-to-player rates of the games) calculated by the state officials – Pennsylvania’s overall gaming landscape is estimated to total up to a colossal $34 billion in revenue for its 2018-2019 fiscal year.

Welman also cited to press “The most notable aspect of the significant revenue that has been generated is that this is almost completely from fees, rather than tax revenue gained from gamblers. Clearly there is enough interest in Pennsylvania’s enormous market so far to generate the fees. If the point of the expansion was to fill short-term gaps in the state’s budget, then the expansion would have to be considered a success so far. We believe that the gambling expansion will eventually prove to be a winner for the state’s budget, but the long-term picture is less certain. More casinos and sportsbooks must open before we get a clear picture of whether Pennsylvania‘s relatively steep tax rates, and license fees, will produce the desired outcome.”

Penn National Gaming are the largest regional gaming operators in the country, and have been standing at the forefront of horse racing in the state for nearly 50 years. Currently they own and operate 40 different facilities throughout 18 jurisdictions across the U.S. In October they purchased an additional 12 facilities to PNG’s portfolio for $3 billion, 2 of which were category 4 establishments in Pennsylvania. Now, their Hollywood Casino and Penn National Race Course have been announced as the first entity to successfully apply and operate a live sportsbook in the state. A purchase they sought to keep under wraps from the public ear until a 2-day trial was complete.

Hollywood Casino’s general manager, Dan Ihm classed the trial as a “soft-opening” stating “barely two weeks in, we’re already getting a feel for the new audience, with a younger demographic that’s coming to that room, which is great to see. Plus, on the 15th of November we had our first major snowstorm – everything was closed down, and a great day to test the waters of something as new as legal sports wagering. It allowed us to get all the bugs out before we could begin our advertising.” He said.

Although PNG aren’t actively testing or capturing any demographical research behind their audience, they have confirmed it mainly seems to be 25-35 year old males attending the casino on Saturday-Monday for NFL games and football schedules, since the launch of the new sports book.

“We have been hosting mostly 55-year-old-and-upward audiences, so it’s nice to see fresh faces in the casino,” said PNG’s Vice President of Marketing Fred Lipkin. “We expanding our audience and brightening up the casino.”