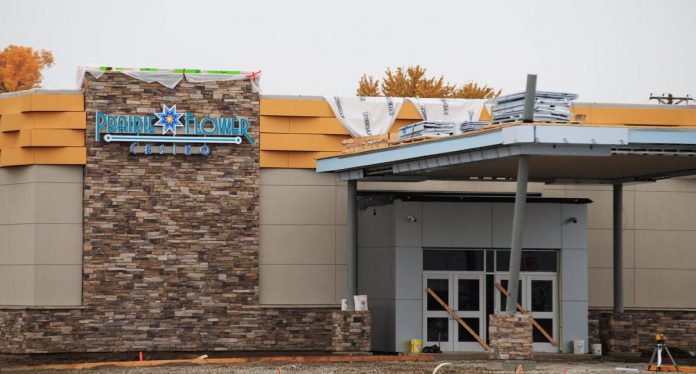 The Ponca Tribe of Nebraska has faced a never-ending struggle with trying to keep and protect their homelands from the U.S. government over the years. Though they have never owned a reservation, in November 2018 they finally emerged victorious when they were granted a casino license by the National Indian Gaming Commission.

It took 10 years for their original application to be approved, and now they are the proud owners of the Prairie Flower Casino in the heart of Omaha. But the tribal operators aren’t out of the woods yet, as both Nebraska and Iowa officials are said to be pushing to have their license revoked and the casino shut down.

The notion comes after lawsuits were filed from competing casinos in Council Bluffs, stating that the NIGC’s decision to grant the Prairie Flower a license was a misconception against their original plans to include a health center on the premises.

Not the Only Underlying Problem

In the midst of the conflict, it seems apparent that the real issue involves concerns over money and a drop in custom for the other casinos. The Prairie sits on 5-acres of land in Carter Lake, which the tribes bought over 20 years ago. Due to flooding in the 1800s however, the land shifted slightly to the east side of the river, and is now surrounded by the city of Omaha. Omaha is the largest city in Nebraska, a state with a constitution strictly forbidding casinos.

Even though the tribe is paying $750,000 to Carter Lake on an annual basis, Iowa officials are convinced the casino will cause a significant drop in gaming revenues from other establishments. “Our early estimates are that the state of Iowa could lose $30 million in state gaming tax revenue, and we could lose another million in taxes and fees a year locally,” said Council Bluffs Mayor Matt Walsch. “Council Bluffs casinos could, eventually, stand to lose 350 jobs.”

Director of one of the major anti-gambling associations in the state, Pat Loontjer, is also against the casino remaining open – claiming “The cost to the state will be in the millions when you consider the bankruptcies, embezzlement, increased crime, and families torn apart by gambling addiction.”

The tribe’s current chairman, Larry Wright, confirmed that he and other tribe officials are confident in their position, and feel their contribution to Carter Lake is a viable offset for covering any safety and infrastructure costs to the city. “Regardless to people’s opposition to gaming as a whole, it’s doing exactly what it was intended to do: Improve support for our services and our people,” said Wright.

The Tribe’s Historic Relationship with the U.S.

In 1876, the Congress set out to move the Ponca and many of the northern tribes from their own ancestral lands to Indian Territory. The decision was made after the government inspected the lands and deemed it unsuitable for agricultural purposes, thus, attempted to move the tribe to their new territory in 1877.

The tribe’s chief at the time, Standing Bear, along with other members, protested the tribe’s removal and cited their own treaty. Despite their efforts, they were eventually forced out from their homelands to their new location, where they struggled even further with food shortages, diseases, and uncomfortable climates.

Many of the members died within the first year, and the Chief’s son, Bear Shield, was among the death toll as a result of the tribe’s relocation. This prompted him and other members to travel back towards the original Ponca lands where arrests were made, and file a lawsuit against the unfair detainment of the Chief.

This case played a major part in shaping the tribe’s future, as it was the first time the Native Americans were acknowledged by the U.S. District Court as “persons within the meaning of the law.”

Though the U.S. government returned a large portion of the lands in 1881, after WW2 they began to terminate their relationships with all of the Native American tribes. Allotments were sold on to speculators over the next few decades, until the tribes took a stand in the 1970s to become federally recognized and revive their cultural identity.

In 1990, the Ponca Restoration Bill was signed, and they became known as the Ponca Tribe of Nebraska. Today they have almost 2,800 members, and are the only federally recognized tribe in Nebraska without a reservation.