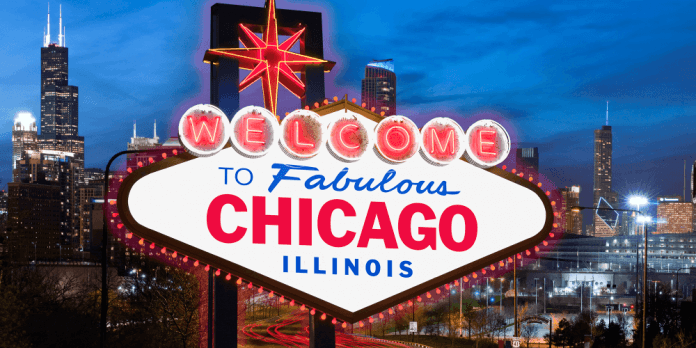 In spite of the best efforts of Chicago Mayor Lori Lightfoot and Illinois Governor J.B. Pritzker, any attempts at building a new casino in Chicago may wither on the vine. The reason? “Onerous tax rates” of up to 72% of gross revenues of any proposed casino.

After years of researching the best potential locations for a new Chicago casino and courting casino developers and their bids, the whole enchilada may just come unrolled due to simple greed. With gaming licensing fees and taxes so high—not to mention the high cost of building casinos—not many developers would see an incentive to invest in a casino in Chicago. 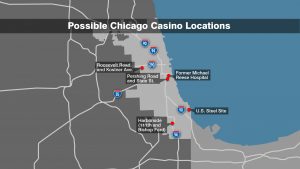 When Gov. Pritzker signed a new gambling law for the state of Illinois earlier this year, the floodgates opened for a major gambling expansion, and 10 new casinos were built. The current Illinois casinos are scattered all over the state, with most of them located near the state lines of neighboring states. Casinos located near state lines fair well by drawing in gamblers from other states (Like Las Vegas and Atlantic City).

But when it comes down to the biggest city in Illinois, too many chefs are stirring the pot, and they all want a piece of the action. With state taxes, city taxes, and exorbitant gaming licensing fees all adding up to 72% of the bottom line of any new casino, the Windy City may just blow off any potential investors.

Adding to the high fees is the location struggle. Mayor Lightfoot has spent considerable time and energy trying to secure a location for Chicago’s first casino, without success. An earlier list of potential Chicago casino sites has now been ruled out by the mayor.

Several of the locations reviewed by the city government have met with opposition. Some neighborhoods did not want to have a casino in their district, while others were begging for the opportunity. Most notably, the downtown districts were clamoring for a piece of the gaming action. Sadly, all 5 proposed sites were in the Southwest side of town, not in Central Chicago.

Downtown has been excluded from consideration for many reasons. The neighbors feared additional traffic congestion, noise, and gambling tourists. Several tour operators and convention halls feared their guests would ditch the conventions and head to the casino. All of these reasons would prompt a ‘feasibility study’ of the area by the city. And nobody wants another long, drawn out (and costly) study.

While the turf war rages on, the elephant in the room is the high price of entry. Until somebody agrees to curb their greed, this casino may never be built. In spite of her best efforts to realize a Chicago casino dream, Mayor Lightfoot didn’t offer to lower the 33% city tax on the casino. The tax revenue supposedly goes to fill city police and firefighter pension shortfalls.

The rest of the 72% tax load lies in the form of state taxes, and Gov. Pritzker did not rush to lower any taxes on his end. He only promised to “refine” city casino legislation, which doesn’t speak to the state tax issue at all.

Like, OMG, people. Take your greedy hands off the slicer already, there’s plenty of cheese to go around. Casinos take years to plan, billions to realize, and then return all that cash to cities and states in the form of cold, hard, juicy cash. It seems like pork barrel politics are still alive and well in Chi-town. Instead of bloated bosses running Chicago on grift, greed, and ‘gifts’ lining their pockets, pointless bureaucrats rule the roost. And quack all they want, these lame ducks can’t lay a golden egg to save their lives. 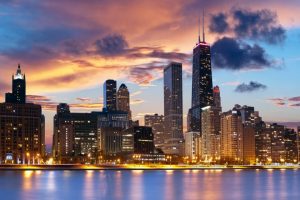 Chicago’s history of corruption is well-documented, and reads like a colorful script in a mob movie. Plenty of bribery, corruption, organized crime connections, and heavy-handed justice were proud stamps of the city. The short-lived (but brilliant) TV series ‘Boss’ summed it all up. The Chicago Mayor (played by Kelsey Grammar) was the embodiment of this greed and corruption.

The governor wants a piece for the state, the city wants a cut, and countless unknown others all have their hands out. What we need is Governor Grammar to slowly waltz into Chicago with his $5,000 suit, solemn poker face, and brewing dementia.

He could then slice off some greedy fingers, dump some bodies into the river, and get down to the serious business of gambling.