Currently, China is home to the world’s most successful casino industry in the world in Macau. Macau’s revenues are triple those of their next closest rival in Las Vegas, Nevada. In addition, gambling in Hong Kong also contributes to the economy of the area, with about half a billion dollars spent on gaming in that area yearly. With all of this success, it would make sense that the Chinese government would be more open to legalizing gaming in the country. While China is entertaining the notion of allowing gaming in one additional location, Hainan Island, experts have argued that to expect the rest of the country to become open to gaming is premature, at best. 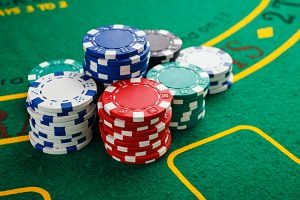 Gaming in China with the exception of Macau and Hong Kong, is illegal. The Chinese government does operate two lotteries: the China Sports Lottery and a Chinese Welfare Lottery. The China Sports Lottery is used to fund sports programs for athletes in China in the hopes that some of these athletes will become Olympic athletes. The government feeds and houses athletes from a young age (some as young as 5) onward. In addition, the government funds a Chinese welfare lottery that it uses to fund social programs for the sick and elderly in China. Because of the aging of the population, there is a lot of need in the community for the proceeds of the lottery. There are only two places where gaming in China is legal. Hong Kong (a former British colony) offers limited gaming opportunities in horseracing. Macau (a former Portuguese colony) has had legalized gaming since the 1850s. Casino gaming in Macau accounts for nearly $35 billion yearly.

One of the reasons experts give for gaming not being allowed on the mainland is the massive amounts of money spent on illegal gaming in China. Also troubling to the government are the sheer numbers of people who have been swept up in the ongoing government raids and crackdowns throughout the country. In 2010, researchers estimated that $146 billion was spent on illegal gaming every year in China. Of that figure, researchers believe that over half of the money spent was on online gaming websites. Expert surmise that the social issues that arise from illegal gaming may be eliminated by legalizing gaming. Through their two official lottery programs, China gains needed revenue for its coffers. So it doesn’t seem likely that the country will legalize any gaming that would undermine those revenue streams. China banned poker apps in June of 2018, citing the fact that they are illegal because they require money in order to play.

The country has been cracking down on the gambling enterprises in China for the last 5 years. The crackdown has been multi-stranded. China has been conducting raids on gambling dens throughout the country, as well as cracking down on the online gaming industry onshore and offshore. Governmental corruption has also been highlighted, and government employees are prohibited from doing business and entertaining potential clients in casinos. 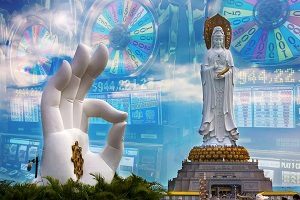 The Chinese government has tacitly begun the process of allowing gambling on Hainan Island, however experts point out that China’s policy of gambling containment appears to be continuing. For example, the government has restricted gambling to islands or peninsulas in the southern part of the country, as to maintain an air of distinction. Many experts have predicted that Hainan may get approval to get a lottery or a sports betting license. In addition, some legislators propose that the approval of gaming junkets off-island for casino and online gamers by allowing gambling boats to have a base on the island. This would permit gamers to embark the boats, go beyond China’s territorial waters to play online gaming or casino gaming, and then return to Hainan. Many China-watchers believe this may be the most palatable option for China. As for the rest of the country, business experts don’t see gambling on the mainland anytime in the near future.