Home » USA Online Casino News » Like Game of Thrones? There’s a Sportsbook for That

Sports betting is now legal in nine states. Many people enjoy gambling on sports, whether or not it’s legal. Experts estimate the sports gaming industry pulls in around $150 billion a year all over the country. While many people enjoy betting on large events, such as March Madness and the Super Bowl, others enjoy prop bets. One very popular prop bet is on the outcome of a show or a series finale. Now, there is a sportsbook to predict the events in the hit show “Game of Thrones.”

What is ‘Game of Thrones?’ 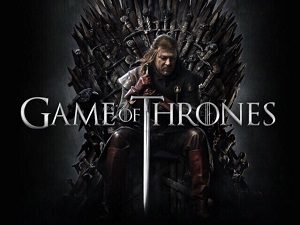 “Game of Thrones” has been running on HBO for eight seasons. The eighth (and final) season began earlier this month after almost two years. Nearly 18 million people watched Episode 1 of Season Eight on the channel or via its streaming network.

Based on a book series of the same name, “Game of Thrones” tells three different stories. The first story arc is about the battle for the Iron Throne and leadership of Westeros. The second story arc is about the coming of age of the last descendant of a ruling family, the Starks. The final story details the defenders of the realms of Westeros and Essos. The defenders try and keep the countries safe from the wild North.

The final season has four episodes, each lasting about two hours. There is an enormous amount of publicity generated by the return of the show and its upcoming finale. This means millions of people care about how it will end.

The Lure of Prop Bets

Prop bets or proposition bets are bets that are not on a team or a sport. Instead, they can be about anything that is going to generate interest. People have placed prop bets on elections, on the Academy Awards, even on the length of a celebrity’s marriage. Depending on the odds, proposition bets have the potential to pay off big. One man placed a prop bet in 2015 that Donald Trump would win the 2016 election. He won hundreds of thousands of dollars.

Some sportsbook scoff at prop bets. Others, however, use prop bets as a way to lure gamers to their other sportsbook offerings. Experts estimate that between 15 percent and 20 percent of all sportsbook bets are prop bets. 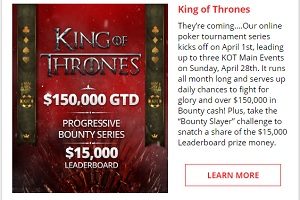 The sportsbook manager is not concerned about the traffic on the website from “Game of Thrones” fans. He said they’re welcome to place bets on what will be a historic finale. He said all the additional traffic on the website means more people will be placing bets. The manager said if people visit the website to bet on “Game of Thrones,” they might return in the future. People could return to the website to place bets on other sporting events or prop bets. Perhaps more than anything, that is the motivation for the “Game of Thrones” prop bet sportsbook. If this sportsbook is successful, there are sure to be more. This is especially true for season finales of other very popular shows.