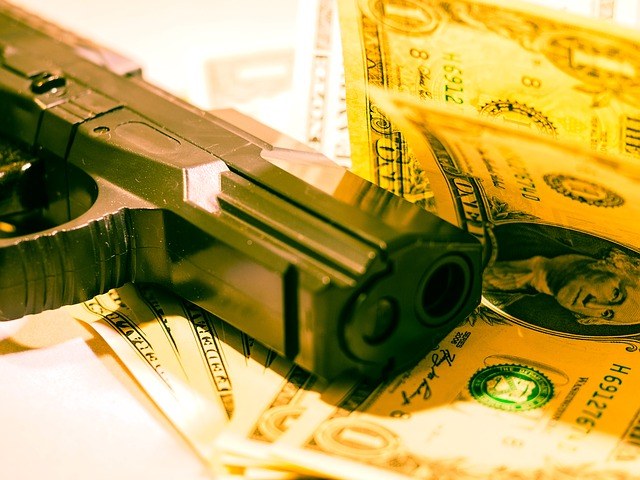 Las Vegas’ M Resort’s Casino was the target of three attempted robberies over the course of three months.

Gregory Bolusan, who is a pastor at a local church, attempted to rob the casino on multiple occasions. During his final attempt, he was caught and arrested.

His first attempt was Aug. 24 at 3:45 a.m. He entered the casino equipped with a firearm and a large handbag, in which he intended to put the stolen money. He proceeded to point the gun at an employee in one of the cages and demanded cash. The employee managed to escape without getting harmed, and Bolusan had to abandon his robbery attempt, leaving the casino empty-handed.

On Sept. 10, Bolusan returned to the casino around 5:30 a.m. This time, as he approached the cage, he fired the gun instead of just pointing it at the employee. He took off with approximately $29,000.

Third time’s not a charm

On Oct.28, Bolusan tried to rob the casino for the third time.

This time, he managed to obtain a sum of $33,500 in cash. He tried to flee from the scene, but the police were waiting for him. Even though Bolusan had worn different outfits each time, he used the same car and equipment that he had used in the previous attempts. He also parked his white Toyota in the same parking place and entered the casino through the same door he had gone through before. This made it easy for the security guards to identify him, they said.

As he was being arrested, the police discovered the firearm he was carrying was not real. Bolusan was charged with several crimes, including two counts of robbery.

The church where Bolusan worked as a minister had reportedly taken down its website following his arrest. The web page contained biographical information about Bolusan and quotes about his personal beliefs.

Before it shut down, the Web site said:

“Pastor Greg believes that the city of Las Vegas, also known as the city of sin, needs people who will take time to build authentic relationships winning the lost into a relationship with Jesus.”

Was it an inside job?

Because Bolusan’s wife, Lea Mercado, is a casino employee, it is heavily speculated that she might somehow be involved in the attempted robberies. Witnesses stated she worked in the cage that Bolusan had previously robbed. The casino owners refused to give any insight or further information. They released the following statement:

“The safety and security of our guests is always our paramount concern and we have a robust security infrastructure in place to help prevent these types of incidents. As this is an ongoing law enforcement matter, we are referring all media calls to the Henderson Police Department, and while we are cooperating fully with their investigation, we cannot offer any additional details at this time.”

The date of Bolusan’s indictment has not yet been announced, and police records show he is currently not staying at the Clark County Detention Center, where he was booked.