Colorado has been in the gambling business since 1991. At that time, there were former gold rush and silver rush towns that were dying or already ghost towns. The Colorado legislature decided to approve gambling at three former gold mining towns that would capitalize on the town’s historic past. It was a good idea, the three areas: Cripple Creek, Central City and Black Hawk have drawn tourists during both the summer vacation months and the winter ski months, and that has allowed these areas to expand into other tourist-friendly attractions, such as restaurants, shopping, and capitalizing on their ghost town and gold rush atmospheres. In fact, it has gone so well that the state wants to add sports betting to the three casino areas already up and running. This has local therapists who treat gambling addiction scared, because they believe the increase in gambling opportunities will also increase the likelihood of additional patients with gambling addictions.

The Race for Sports Bets in the United States 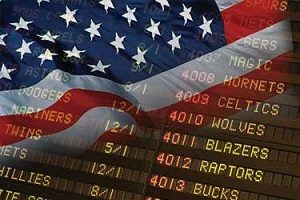 Colorado is one of several states that are thinking about offering sports gambling as part of their state’s gambling package. Sports betting, which has been legal in neighboring Nevada for decades, was not legal in any other state after 1992. The United States passed the Professional and Amateur Sports Protection Act, which banned sports gambling. However, after a legal challenge from New Jersey, the Supreme Court ruled that states had the right to decide for themselves whether to allow sports gambling in their own states. Since May, several states have legalized gambling. Experts estimate as many as a dozen states may legalize sports gambling during the 2019 legislative session.

Colorado has its own history with gambling. During the Westward Expansion, Gold Rush and the movement of people in and out of the state, gambling was rampant at saloons. Especially popular were the poker halls, which allowed people to gamble all night long if they wanted to. However, the state, like many states in the West, began to outlaw gambling in the late 19th and early 20th centuries, and the practice was completely outlawed by Prohibition. The state reinstated gambling in 1991. In addition to the debate over sports gambling, there has also been some legislative debate over the possibility of offering online gambling as well.

The Pushback from Counselors 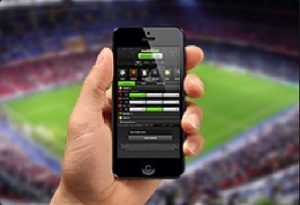 Colorado therapists have estimated that of all of the people who gamble, about two percent of the population may be addicted to gambling. The addiction is recognized in Colorado as a mental health disorder, especially since gambling brings about chemical changes in the brain. Problem gamblers experience a rush of serotonin and dopamine, which makes them feel good about gambling, and wants them to continue. The biggest problem about increasing gambling in Colorado, according to counselors, is that while there are many gamblers, there are few places or people to treat them. Nevada has hundreds of gambling addiction counselors, but Colorado has eleven counselors certified in gambling addiction.

Colorado counselors are hoping that if sports gambling passes in the Colorado legislature, legislators use a portion of the money to improve and increase treatment for gambling addiction. This might include offering beds to gambling patients in dedicated facilities, or giving patients the option for outpatient treatment. They could follow the example of Nevada, which has treatment facilities for problem gamblers, both on an inpatient and an outpatient basis. Nevada also has special courts to help problem gamblers make restitution and stay out of trouble with gambling. Colorado counselors are hoping that the increase in gambling funds means that the funding to help problem gamblers will increase as well.