Belgium has declared loot boxes are a game of chance and, therefore, subject to the gambling law of the land, which makes them illegal. The move came soon after loot boxes were outlawed in The Netherlands on the same grounds. While this is definitely bad news for some game publishers, it’s good news for gamers and parents who were not happy with the feature.

The Belgian Gaming Commission, the governmental body that licenses and regulates online games in the country, made the decision after examining some popular online games. The commission is chaired by Etienne Marique, a magistrate, and has representatives from six ministries. It meets once a month, except during the summer.

In a statement released after the decision, Justice Minister Koen Geens demanded game publishers remove the loot boxes from their games and said the consequences of not complying could be a prison sentence of up to five years along with a fine of up to €800,000. He added it’s often children who encounter such systems and the punishment could be doubled if minors are involved.

In fact, it was Geens who prodded the Belgian Gaming Commission to investigate video games after the “Star Wars” debacle. He said he took the step because it was very important to protect the minors and vulnerable players.

What are loot boxes? 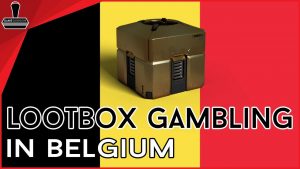 To the uninitiated, loot boxes are digital boxes players much purchase using either in-game or real currency to get rewards, such as bonus points or a useful tool. The problem with loot boxes is you can never tell what’s inside them. For example, a loot box in “Overwatch,” released by Blizzard in 2016, may contain player avatars, voice lines or costumes for the characters. Since the player cannot pick the characters that will get the reward, the loot item may or may not be useful. If it’s not useful, then it is a waste of money, as it so often happens.

Loot boxes have become very popular with games publishers in recent years. Some of the major online games that feature loot boxes, besides the four mentioned earlier, include “Middle Earth,” “Forza Motorsport 7,” “Gears of War,” “Shadow of War,” and “Halo 5: Guardians.” While these games mostly require players to use in-game currency, there are many others that require players to make “microtransactions” using the real-world money.

It’s not difficult to understand why players equate loot boxes with gambling. Once you pay and open a box, you may get items you do not need or are totally useless. To get the item you need, you may have to purchase several loot boxes until you hit the jackpot. A criticism labeled against microtransactions is players are made to pay (in real money) for items that should come as part of the game. 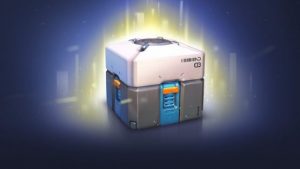 However, video game publishers have indicated they will not go down without a fight. In a statement released after the Belgian Gaming Commission’s announcement, an EA spokesperson said it doesn’t agree that its games can be considered as any form of gambling. However, the spokesman said the company welcomes a dialogue with Geens.

Whatever the outcome of the dialogue, it doesn’t look like online games publishers have any other option other than to remove loot boxes before making their games available in the country.

Disclaimer: All images are copyright to their respective owners and are used by USA Online Casino for informational purposes