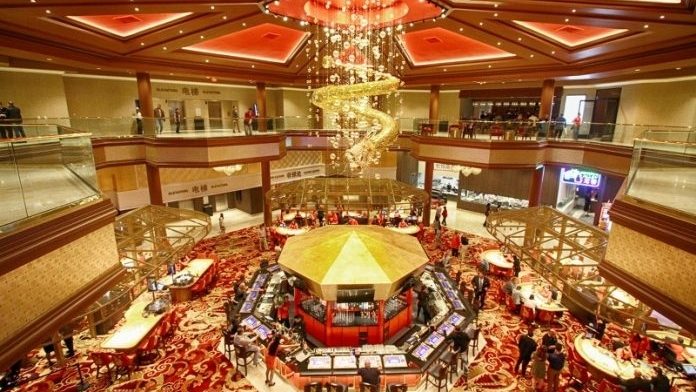 However, despite people waiting a long time for it to open, the casino, which is the first new casino to debut on The Strip, has so far not met many people’s expectations. It has been unable to live up to the hype.

The first few months after it first opened, the casino-resort, which is on West Sahara Avenue, was busy. There were a lot of flights, especially from Beijing to Las Vegas, that helped the casino see such a meteoric spike in revenue and attention.

The level of VIP players from major cities was perhaps one of the most significant assistance in the casino-resort’s early success. The Lucky Dragon had recently announced it had made some modifications to the property. It would have more gaming space for VIP players. The Pearl Ocean Restaurant, which is on the second floor, will replace the first-floor food court.

The Lucky Dragon has also implemented what it calls a “rolling chip” program for its VIP gamblers, further adding better value and service to its top members. Under this program, players can receive some of their bets back, even if they lost at a table.

However, under this program, the bettors are required to pay at $10,000. It all sounds good, and the casino-resort had a stellar opening. But, unfortunately, everything changed.

Fast forward a few months later. The amount of traffic to the casino started to decline. And, the decline was very noticeable.

There was one visitor who reported only a small handful of people was at the casino. There were 14 people maximum spread out across the slot machines. Despite this, the Lucky Dragon says it’s doing fine and it has been a great privilege to see the casino grow and become globally recognized.

In a story by the Review-Journal, which was written last week, the Lucky Dragon had said it was getting ready to lay off workers at the beginning of the new year. This revelation was highly predicted by many.

The Lucky Dragon comes down

The Lucky Dragon was funded, for the most part, by the U.S. government, and it gave foreigners the right to obtain permanent-resident status in exchange for a private loan investment.

However, it should be noted this exchange was only given to those who had immediate family in the country and only for 10 lucky people.

The Lucky Dragon Casino Resort has no competition. The casino-resort itself has been struggling after its first few months and is now fighting just to stay open.

The Lucky Dragon Casino and Resort has thus far lost a great deal of revenue, and despite the many VIP services, stellar architecture, and visual designs inside, the overall amount of work that has been put into the casino has not excited many.

One has to wonder now how long the casino will stay open and if anyone else, a real estate owner, or some other financial mogul, will come in and take over.