Wayne Lukas, one of the most successful trainers in the United States has stated that the recent influx of sports gambling in the United States has no real effect on thoroughbred racing. He made those comments because he said the racing industry has extensive experience dealing with gambling. Lukas said that people have been gambling on horse racing since there was horse racing. However, he has had some criticism from people in the racing industry. Lukas’ critics have said that while most people who gamble on racing are doing it legally, there are those unscrupulous people who taint horse racing. 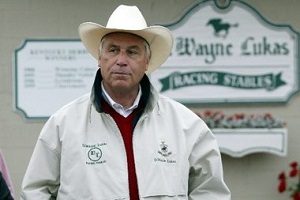 Darrell Wayne Lukas was born on a small farm in Wisconsin. He started training horses at an early age, although he was not training thoroughbreds at the time, but quarter horses to work on the farm. He began training horses 50 years ago. While he was successful at training thoroughbreds, and he won a considerable amount of money, Lukas did not get his breakthrough until 12 years after he began training. In 1980, Lukas won the Preakness Stakes, one of the Triple Crown races. It took him a further eight years to win the granddaddy of all races in the United States, the Kentucky Derby. To date, Lukas has won six Preakness States, four Kentucky Derbys, and four Belmont Stakes. He won the Triple Crown once on two different horses. He holds the record for most Breeder’s Cup wins with 20, and the most Triple Crown wins with 14. Lukas is considered one of the most successful trainers in US thoroughbred history. 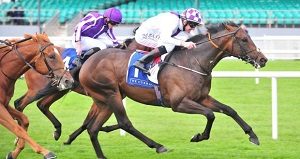 Lukas saw medication as the biggest issue, stating that when tracks and states have different laws regarding medication, horses suffer. However, critics of Lukas’ remarks stated that in their opinion, gambling drives thoroughbred racing—not just in the United States, but also worldwide. Critics have pointed out that Lukas has made a considerable amount of money from breeding and training. The racing industry is not a nonprofit sport, and many people rely on the gambling side to make money. In fact, it is because of the gambling side that many people make any money on horseracing at all. Tracks are able to offer large purses and keep their doors open due to money earned from gambling.

In fact, many critics have said that without gambling, Lukas would not be able to make money as a trainer or a breeder, because no one could afford what he charges for his services. While Lukas is in love with horses and the love of animals in general, not everyone is in racing for love. For many breeders, owners, and trainers, gambling on horses is a business, and it is a profitable one. It is those profits, according to his critics, that motivate many people in the business, much like money drives many people into the National Football League.