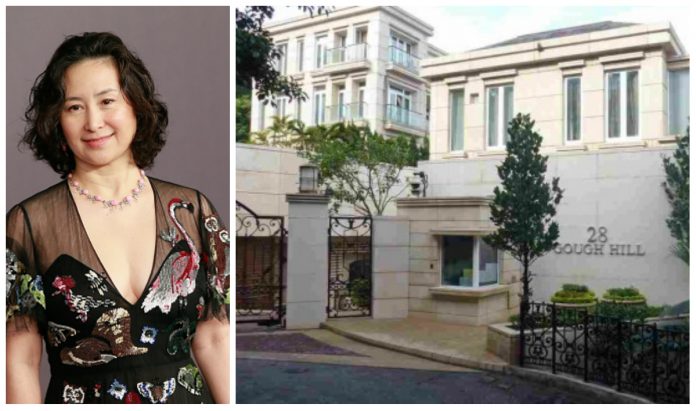 Pansy Ho, casino heiress daughter of Macau casino mogul Stanley Ho, is taking a hardline stance in favor of Hong Kong’s oppression of protestors. The streets of Hong Kong have been rife with riots and protests against a new extradition law which will allow for the deportation of citizens and visitors to Hong Kong.

Hong Kong citizens worry that the draconian law will be used for political purposes, and designed to silence opposition by deporting ‘undesirables’ to hardline countries like China. Ms. Ho’s speech at the UN Human Rights Council this week is expected to raise controversy during a wave of protests where police regularly assault protestors in the streets.

Speaking on behalf of the Hong Kong Federation of Women, a pro-government group, Pansy Ho is expected to echo her sentiments on the use of violence as a normal means of suppressing ‘dissidents’ in the streets. Among the more controversial statements Ms. Ho has made involve the use of rubber bullets and tear gas, even on peaceful protestors.

Incidents of protestors engaged in violence against police are few and far between, and Hong media reports that most of the 10,000 estimated protestors on the streets are peaceful. The few aggressive protestors state that they are responding to police brutality which has resulted in major injuries to protestors, including blinding one woman.

While the bullets may be rubber, the guns are not. When fired at close range, a high-speed rubber bullet can shatter a human leg bone or crack skulls.

Happy To Toe the Line

The ongoing protests in Hong Kong are linked to China putting pressure on its special administrative regions (SAR) as a way to limit their autonomy. SARs Macau and Hong Kong have autonomous governments and do not take direct orders from China.

While Hong Kong has been racked with riots and protests over the recent extradition law, Macau toes the line, happy to oblige China’s wishes. Pansy Ho will be joined by Annie Wu Suk-ching, another billionaire daughter, to address the UN. In an advance copy of the UN Human Rights Council speech, Ms. Ho and Ms. Wu Suk-ching explained their position.

“The views of a small group of radical protesters do not represent the views of all 7.5 million Hongkongers,” the women said.

The UN council session in Geneva, Switzerland, began on Monday, September 9, and will run until September 27.

Why? Appeasing the Chinese overlords is a great way to ensure your Macau holdings are intact. They wouldn’t want to upset China; not with billions worth of casino cash cows in the barn. And in the wake of a slump in Macau casino profits, they need all the milk money they can get.

From their ivory towers, these entitled billionaires are just mouthing the same conservative claptrap fed to them by the puppet master. Macau’s SAR agreement gives it a 50-year autonomy from China, where it is illegal to gamble. And for the remainder of those 50 years, those billionaires are going to milk that cash cow dry. Because when China takes over, there’s gonna be a lot of abandoned casinos quietly rusting away in the pasture.