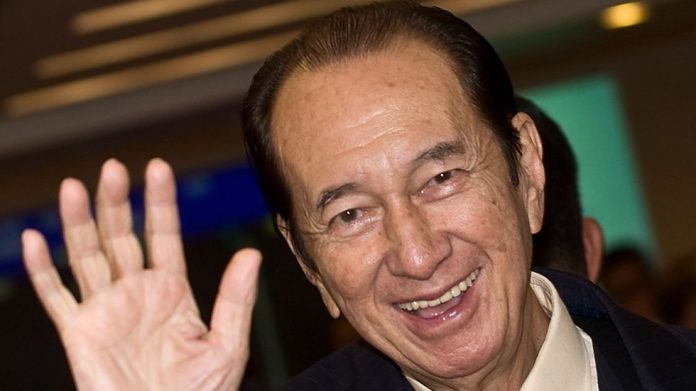 Casino king Stanley Ho took the sleepy, former Portuguese colony of Macau and transformed it into the largest gambling hub in Asia. His daughter, Pansy Ho, announced his death at a press conference. “My father has passed away peacefully just now at around 1 pm at Hong Kong Sanatorium and Hospital.” He was 98 years old.

Stanley Ho was born into a privileged family, but his father lost everything in the stock market and abandoned 13-year-old Stanley and his family. Determined to feed his family, young Stanley worked for 7 days in Hong Kong before the Japanese captured it. He fled to Macau with only $10 in his pocket.

He worked for the Macau government and bartered goods with the Japanese. He eventually opened his own trading company and became a millionaire. In the 1960s, he started a gaming company called Sociedade de Turismo e Diversões de Macau (STDM), and held a monopoly on gambling until 2002.

After Portugal returned Macau to China, it retained a small degree of autonomy as a special administrative region (SAR) of China, like Hong Kong after its return by the British.

In 2002, Macau was opened up to foreign competition, and global casino moguls like Sheldon Adelson (Las Vegas Sands) and others snapped up the remaining five casino licenses. However, Stanley Ho remained a major player in the Macau casino empire, even though he never gambled himself.

In order to draw high rollers, Ho built a lavish harbor with high speed boats to lure wealthy Chinese gamblers. He then diversified and his company held stakes in luxury hotels, horse racing, and helicopters. He founded Macau’s first high roller VIP junket tours, which flew in wealthy Chinese gamblers for luxury casino resort tours. As gambling has always been illegal in China, he had a steady flow of eager gamblers visiting Macau.

Known locally as the ‘godfather of gambling’, Ho became known for his flamboyant style and love of the limelight. He became one of the richest men in Asia, married 4 times, and fathered 17 children.

After a lengthy legal battle over his casino empire, he restructured his assets, gave up a good deal of his wealth, and handed over the casino reigns to family members.

His fourth wife, Angela Leong, is a co-chair of SJM, and her net worth is around $4.1 billion. His son Lawrence runs Melco Resorts & Entertainment, and his daughter Pansy is the co-chair of MGM Resorts Macau.

One of SJM’s most lavish casinos in Macau, the Grand Lisboa, is a 48-story casino resort shaped like a lotus flower. It is the most remarkable building in Macau’s skyline, and serves as a flamboyant and elegant symbol of a passing casino legend. 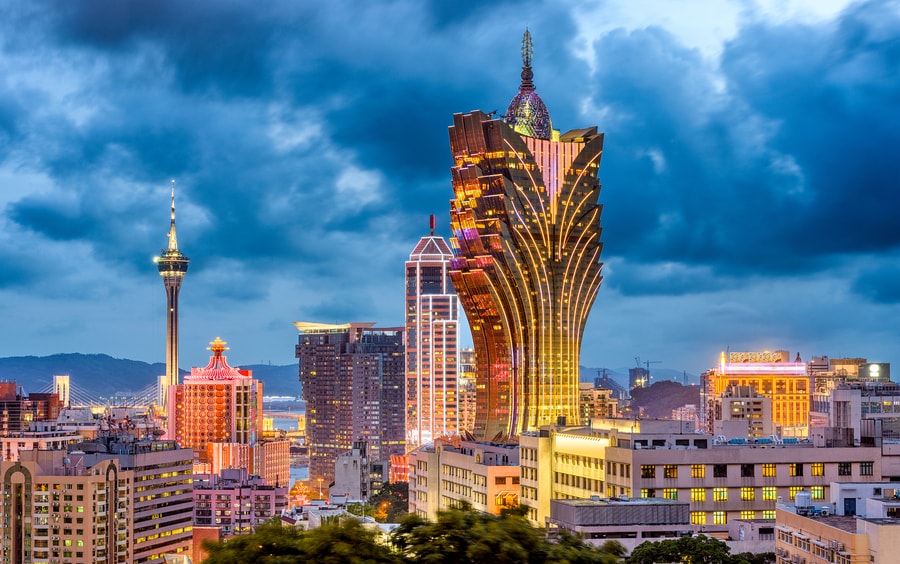