While Macau has become the most influential and successful gambling hub in the world, with revenues topping $30 billion, not everyone is happy about the revenues flowing into the area. In particular, casino workers have been protesting their working conditions, citing repeated tobacco violations, and benefits for the work that they do. 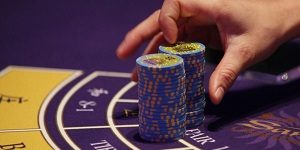 Macau is home to 38 casinos, with a revenue of $33 billion in 2017, as opposed to Las Vegas, which did $7 billion in the same time period. The industry in Macau has been plagued in the last two years with corruption and money laundering scandals. In addition, the Chinese government prohibited government officials from taking clients to the casinos for entertainment. Those problems appear to be in Macau’s rearview mirror and the area’s casinos have been showing months of growth within the last year.

The largest complaint of the workers has been regarding the city’s fairly new Tobacco Prevention and Control Law. While Macau has praised the law as a way to cut down on the cigarette smoking rampant in the casinos, workers have stated that the law is flagrantly and repeatedly violated by the gamblers in the casino. Of particular concern for the workers are the high roller rooms. In these rooms, VIP clients smoke as much as they want, and the casino appears to have no desire to stop them, since VIP clients account for as much as 60% of the revenue of Macau’s casinos.

This is of particular concern to the workers, because the new law passed is supposed to ban smoking on all gaming floors, with the exception of separate smoking lounges for its clients. The workers have stated that some of the provisions of the law don’t even go into effect until January 1, 2019, and that many gamblers, not just the VIP gamers, are frequently violating the law.

In addition, the workers have two other large complaints. First, the workers complain of the working conditions within the casinos, especially in the VIP lounges, but also on the casino floors. The workers say they are subjected to the frequent verbal and physical abuse of clientele who are angry because they are losing a game. While some workers state they were verbally abused, other workers in the VIP lounges have stated that physical abuse has taken place as well. They want the casinos to beef up security to get rid of those clients who are physically and verbally aggressive.

Second, workers want the tips of workers in all casino floors to be shared for the duration of a casino shift, and they also want to know how much in tips is generated each shift, in order to ensure that all tip money is distributed equitably between dealers and other staff on the floor during gaming.

The casinos have responded to the worker’s complaints, stating they are moving as fast as they can, and building separate smoking rooms, not only for its VIP clients, but its traditional clients as well. However, the casinos point out that they cannot be everywhere someone might be smoking, and that workers can help with the issue by asking gamers to put out their cigarettes. Workers have countered that it is difficult to point out the law to a smoker, when they control worker’s salaries through tipping. The workers have noted it is up to the casinos to police the smoking habits of its clients. The casinos have also said that clients who are verbally or physically abusive can be escorted out or banned from the casinos altogether. The casinos have also said they will review the tipping policy to see if it follows current law.