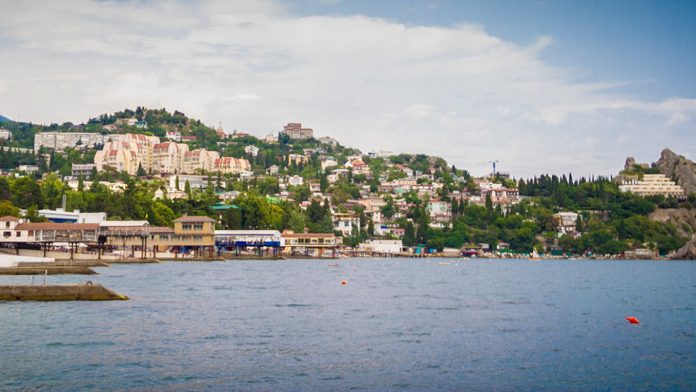 While the coronavirus has effectively shut down the entire Macau gambling hub, Chinese gamblers with the itch to bet might have an unlikely alternative: Russia. Gambling zones have been approved for eastern Russia and the recently annexed Crimea on the Black Sea.

Not Your Mother’s Russia

Forget about Cold War images of snow-swept Siberian lands where people drink vodka all day to keep their blood from freezing in their veins. This is the New Russia: Welcome to the Republic of Crimea’s Golden Coast. After Russia annexed the former-Ukrainian territory of Crimea in 2014 during the conflict, the peninsula began developing new tourism options. And casinos will spring up like flowers.

The Crimean Peninsula is located at the top of the Black Sea, a popular resort area in Eastern Europe. Think of Crimea as Russia With Sunshine. And when the casino construction plans come to fruition, Crimea hopes to attract Chinese gamblers scared away from Macau and Australia by viruses and bushfires.

Russian prime minister Dmitry Medvedev signed formal legislation last October to create the Russian gambling tourism zones in eastern Russia and in Crimea. Developers are planning to build 11 casino resorts in the 2 regions, all of which will be completed in 2023. The Primorye Integrated Entertainment Zone in eastern Russia already has 2 casinos up and running in Vladivostock.

Both Russian gambling zones are preparing for an influx of Chinese gambling tourists now that Macau has closed its casino doors to battle the coronavirus. The Black Sea coast is prime for development, and the Russian town of Sochi is already seeing the gambling action coming from China. Sochi’s Krasnaya Polyana gambling zone has already begun operating flights between Sochi and Shenzhen, China. 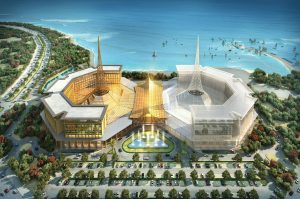 “Chinese tourists are primarily interested in entertainment,” said Krasnaya Polyana’s development director Dmitry Afinogenov, “and that is why the gambling zone becomes a natural magnet for them.”

Shenzhen is China’s tech hub, and Russian casino developers are already seeing an influx of high roller VIP gamblers along their eastern shores. Vladivostok’s position between China and Japan is prime for pulling gambling tourists who can’t wait for Japan to open its first casinos, as well as those dodging the coronavirus crisis in Macau.