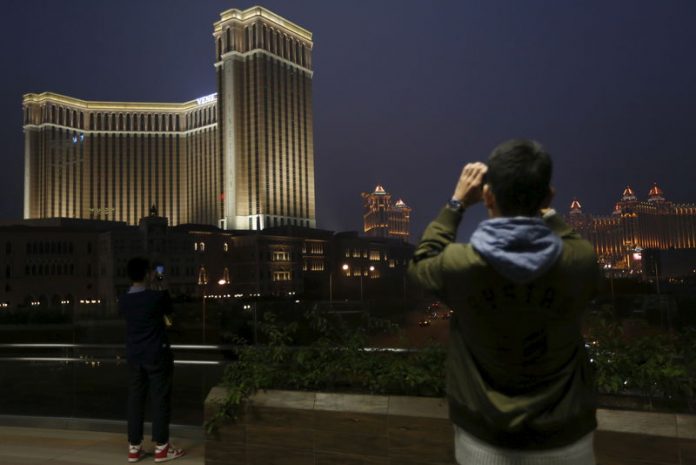 Macau is the largest gaming destination in the world, but political unrest in Hong Kong and China’s clampdown on VIP junkets may be the reason for an 8.6% drop in August revenue. And to make matters worse, the trade war between the U.S. and China isn’t doing Macau any favors as well.

Suncity is the largest junket tour provider in Macau, and a big target for China’s anti-gambling efforts. Gambling in mainland China is illegal, which drives the VIP junket tours to SAR territories like Macau and Hong Kong. However, recent pressure from China to curb money laundering and slow the illegal flow of currency out of the country has hit the junket sector hard.

China accuses the junket tour operators of illegally accepting Chinese Yuan currency and converting it to be used for gambling and offshore investments. China’s anti-gambling crusade has also targeted the Philippines and Cambodia after both countries saw an explosion in gambling revenue from Chinese investors.

High rollers contribute the highest amount of revenue in Macau, and with China’s attacks on the VIP junket tour sector, the drop in revenue may just be the tip of the iceberg. In addition, protests in Hong Kong have also slowed the flow of gaming tourists to Macau.

Recent waves of demonstrators and protests in Hong Kong have crippled airport travel and shut down free movement in certain areas of the country. As a special administrative region (SAR) of China, Hong Kong is owned by China, but self-governed by mutual agreement. However, recent political pressure from China has led to mass protests in the streets, police brutality, and major unrest.

Pressure from China to change Hong Kong’s extradition laws was the spark which ignited the protests. The bill would allow Hong Kong to detain and extradite people to places with no extradition agreements, like mainland China and Taiwan. The extradition bill would effectively place China in control of the movements of Hong Kong locals and visitors, which violates Hong Kong’s autonomy.

The closure of Hong Kong’s airport has also slowed tourism and visitors to the region. A new bridge connecting Hong Kong with Macau has not brought many gaming tourists between the 2 SAR territories, mainly due to traffic disruptions over the protests.

The SAR countries of Macau and Hong Kong were former colonies of Portugal and the UK, respectively, and were handed back to China around the turn of the millennium. However, both countries had their own constitutions in place, so agreements were hashed out which allowed them a high degree of autonomy from China, if only for 50 years after the handover.

Since then, both countries have become the most densely-populated, high-revenue areas in Asia, partly due to the gaming industry. But with China’s heavy hand clamping down on the flow of gambling dollars, protests in Hong Kong, and the ongoing trade war between China and the U.S., it may be some time before Macau’s gaming revenues head back north. 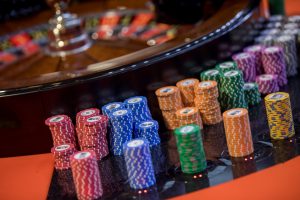 Gaming revenues rise and fall regularly, as Las Vegas will be happy to tell you. But there’s always a new resort to be built and billions to spend. But in the lucrative world of gaming in mega-resorts, profit expectations are always high. Any sudden drops in the bottom line panic investors, and the stock prices drop for a month or 2.

So what? Some rich guy doesn’t get his third yacht. Boo hoo. As usual, buildings are burning and the Caesars are fiddling. Financial analysts flock to the charts and try to make sense of it all. Maybe the fact that people are gambling online more than ever could also affect the bottom line of brick-and-mortar casinos.

Also, new casinos are being opened so regularly that it’s hard to keep track. As more and more countries and U.S. states are becoming gambling-friendly, more and more casinos pop up. Chinese gaming money is also flowing to Cambodia, Singapore, and the Philippines. Because Chinese people like to gamble, even if their government doesn’t want them to.

Maybe gambling tourists will go back to Macau and Hong Kong when China releases its iron grip on the countries. 50 years is 50 years. It’s only been 20, China. Better to keep those hands off the pie until it’s cooled down.