A recent study done by Louisiana State University shows a majority of Louisiana residents support the legalization of sports gambling. The study looked at three major topics of the current legislative session: sports gambling, marijuana possession, and gun laws. Louisiana was one of the first states in the nation to legalize casino gambling. Many residents have pushed for the expansion of gambling in the state. 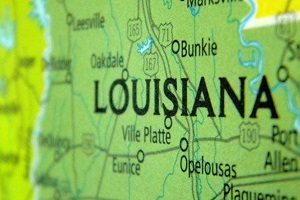 Louisiana is the poorest state in the country. More than 20 percent of Louisianans live in poverty. This is more than twice the poverty rate of the state with the lowest level of poverty. The state of New Hampshire has a 9 percent poverty rate. Some parishes in Louisiana have the dubious distinction of being some of the poorest counties in the United States. These counties have poverty rates of more than 30 percent.

Over the years, Louisiana sought several solutions to its constant place as the poorest state in the nation. The state has vast oil and natural gas reserves, but that has not managed to lift Louisiana out of poverty. The state also has an extensive tourism industry and a hefty agricultural community. So far, it hasn’t found any industry that might be able to bring enough revenue into its treasury.

Gambling in the Pelican State

Louisiana has a long-term relationship with gambling. The state allowed gambling until the Prohibition Era. Then, it banned it for 60 years. Louisiana decided to allow casino gambling again in 1993. The state also has a lottery. Unlike many states, Louisiana’s gambling revenue doesn’t go into a specific fund. Many states use their lottery winnings to fund education or to aid senior citizens. There are 29 casinos and racinos in Louisiana. Most of the casinos are riverboat casinos or mini- casinos (racinos) in race tracks. Two casinos are land-based.

The Move Toward Additional Gambling 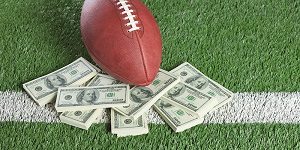 The university surveyed around 900 adults earlier this month through the School of Mass Communication’s Public Policy Research Lab. The researchers conducted phone interviews with adults from all over the state. Fifty-nine percent of the adults supported the idea of legalizing sportsbooks. Thirty-five percent opposed it. About 5 percent of the adults surveyed either had no opinion or did not know how they felt.

The younger the adult, the more he or she viewed gambling favorably. Of the adults surveyed, 70 percent under the age of 50 supported the legalization of sports gambling. That favorable review dropped to 53 percent of adults between the ages of 50 and 64. Adults over 65 supported sports gambling at 38 percent.

It would appear that sports gambling has widespread public support in the Pelican State.