MGM Springfield opened its doors in late August, and its opening was a source of excitement for many people.

However, while the number of visitors excited MGM, there were some gamblers gambling who were not quite the right age. 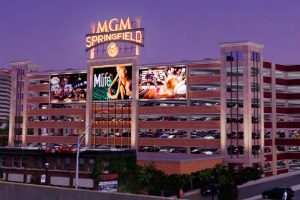 The MGM Entertainment Group owns nearly two dozen casinos in the United States and around the world. The company has been in operation in the United States since 1987. Recently, the company opened two casinos in the Northeast. They are the MGM National Harbor near Baltimore and the MGM Springfield in Springfield, Mass., just north of Hartford, Conn.

The MGM Springfield opened Aug. 24. Numbers indicate the casino sees 25,000 people per day during the week, and double that each weekend day. These numbers are above what the casino thought it would be seeing in its initial projections.

The numbers are great and are adding up to be a large source of revenue for the casino. However, they do not indicate how many of those patrons are under the legal gambling age of 21.

Why Is This Such a Problem?

Part of the problem with the MGM Springfield and younger clients is the casino allows them on the property. This isn’t that unusual because many casinos aim to be “family-friendly” to attract a customer base. One of MGM’s properties, Circus in Las Vegas, has an entire complex dedicated solely to family fun and includes an arcade, an amusement park, and circus acts.

The MGM Springfield has several “family-friendly” options. It includes a bowling alley, a movie theater that shows films families would enjoy, and an arcade. The casino gears all these toward creating options for families while other people gamble in the casino. However, the problem with the family-friendly environment is that the casino is having a difficult time distinguishing between its patrons. It cannot tell the difference between people who are 21 and over and those who are not.

One problem with trying to keep track of young patrons in the casino is its open floor plan. This plan allows people to flow between attractions and restaurants. The gambling areas are separate from the other areas of the casino. But, it still has been difficult for security to keep track of all the patrons. It is more difficult on the weekend when the crowds are much larger.

The Solutions in Security at the MGM Casino in Springfield has gotten better organized. The casino has now implemented new security procedures. The company is requiring that the casino bars minors from the gaming floors. It is also actively asking for IDs if the company suspects someone is underage. In addition, the casino has banned anyone who is under 16 to be in the casino without an adult. The casino has also instituted a curfew. This curfew states any minor who is not a guest in the hotel has to be out by midnight. MGM has also added signs throughout the casino that tells families about its rules regarding minors. Online information about the casino on its website also states what the rules are for the casino.

MGM is hoping that these measures will allow families to enjoy the new casino complex in downtown Springfield. In addition, the casino wants patrons to gamble and enjoy adults-only entertainment. Hopefully, the new procedures it has put in place will allow adults to gamble freely. It also hopes it will allow families to enjoy a family-friendly entertainment. And, as a result, the casino will continue to see a wave of customers.