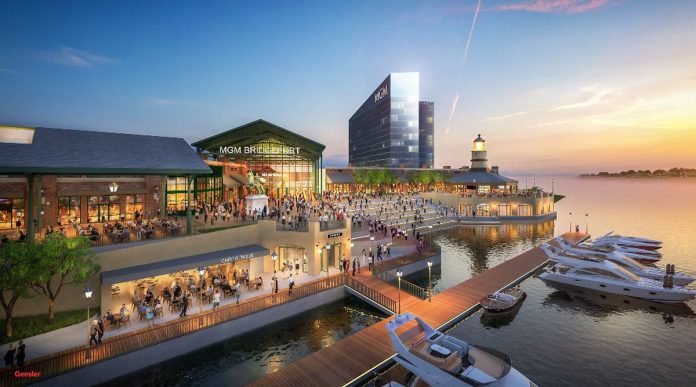 MGM sued the U.S. Department of Interior over changes to the Connecticut state tribal compact with the Mohegan and Mashantucket Pequot tribes, claiming it allows them an unfair advantage. MGM fears the tribal compact would effectively give the tribes a monopoly on gambling in Connecticut.

MGM is suing the Department of the Interior, which oversees the Bureau of Indian Affairs, which in turn deals with tribal matters. MGM is challenging the Interior’s right to approve amendments to the tribal gaming compacts in individual states; specifically, the compact between Connecticut and the Mashantucket Pequot and Mohegan tribes.

MGM is specifically afraid of approval for a deal which would allow the tribes to open a casino in East Windsor, which is 20 miles from MGM Springfield. The tribes already operate 2 casinos in Connecticut, and MGM fears the 3rd casino plans will harm their bottom line.

“MGM pursues litigation because that’s what MGM does,” a tribal statement explained, “We can either let a Las Vegas company that generates not one dime of revenue for the state push us around or we can stand strong with the tribes and an industry that’s generated more than $8 billion in tax revenue and currently employs 18,000 people.”

The 2 tribes operate the Foxwoods Resort Casino and the Mohegan Sun, both on reservations in east Connecticut. The MGM lawsuit is specifically targeting plans for the third casino because the land earmarked for the project is not on tribal reservation lands. 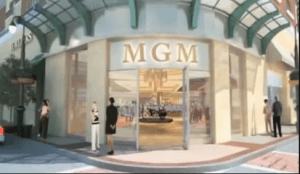 The federal government has authority regarding tribal lands (Indian reservations), and facilitates tribal-state compacts, agreements between states and tribes regarding casinos. These legal agreements outline the terms and conditions of operating tribal casinos within individual states. The scope of these compacts includes, among other things: licensing fees due to the state, exclusivity rights, and compact duration. They can also negotiate for tribal casinos ‘off reservation’ on commercial lands.

States are not allowed to tax tribal lands, so they negotiate a mutually beneficial ‘license fee’ which benefits the state. In addition, the added employment opportunities and local income taxes on employees also adds up to increased economic benefits for everyone involved.

MGM is effectively challenging the rights of the federal government to enter into tribal compacts with states, a right which has been clearly established. The mega-resort casino company has already engaged in various strategies to delay the tribes’ casino designs, and the latest lawsuit is yet another attempt at blocking casino competition from tribes.

In what appears to be just another bully kicking around the underdog, MGM’s lawsuit is a frivolous waste of time, and a stall tactic designed to extend their current profits as long as possible. The federal government does in fact hold jurisdiction over tribal territories (not the states), and the states do in fact have the legal right to enter into any type of tribal compact they see fit (IGRA of 1988), as long as both parties agree.

Both the Mohegan Sun and Foxwoods Resort are formidable competition, as they are 2 of the largest casinos in the U.S. As such, they represent a small dent in the billions of profits MGM already rakes in all across their empire. The company simply wants their own monopoly in the region, and quickly engages in finger pointing, when in fact they are simply trying to hobble their competition.

Any type of litigation involving private companies and the federal government take years to resolve, along with an immense amount of money, time, and lost resources. Whenever a larger company wants to stifle competition, they often employ the mighty lawsuit as a way of slowing down their competition. A huge company like MGM can afford to bleed billions through their corporate lawyers in a clear effort to block the tribes, who operate on an entirely different economic scale.

States usually enter into these tribal casino compacts as a benefit to their state and local economies. Casinos provide a massive amount of revenue for the local economy in the form of jobs, personal income, state license fees, etc. Often the tribal compacts guarantee exclusivity to certain tribes in order to justify the large license fees they pay (billions per year).

MGM employs nearly 80,000 people in casinos from Las Vegas to Macau. Yet they seem content on bullying 2 tribes who are finally seeing prosperity after centuries of oppression. Now the new form of oppression is the court system.

When it comes to the bottom line of any big company, it’s making shareholders happy, and showing higher profits every quarter. Even when your total profits are greater than the GDP of entire states, why not kick around the little guy to keep your advantage, regardless of the optics?