At MGM Springfield, gambling business is “slower, but ramping” according to James J. Murren, the MGM Resorts International President and CEO. Murren shared this statement with stock analysts recently during a generally positive assessment of MGM operations. Murren also confirmed that MGM Springfield, which is a 250-room establishment, is ahead of target in terms of company revenue.

Murren, along with other executives at MGM were recently on a conference call. The call occurred after MGM’s earnings were released for 2018’s fourth quarter. Seeking Alpha, an online resource, transcribed the call. According to Thomas Allen of Morgan Stanley & Co, he asked MGM executives for more details on MGM Springfield’s performance and future. 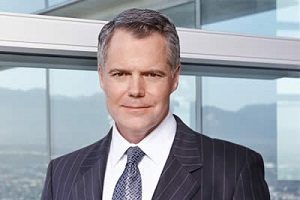 In part, Murren replied: “I was just there. Oh gosh, it is a beautiful property and great. Unbelievable feedback we get from customers, from the gaming commission in Massachusetts, from the elected officials and our food and beverage operations are ahead of target. Our hotel business is ahead of target. Our gaming business is slower, but ramping.”

Murren also added, “We actually saw the almost exact same thing at National Harbor, as we built into a brand-new market for us.” Murren made this statement to show that a similar financial was observed with properties MGM has managed in the past. He continued by asserting “so, we expect that, given the quality of the assets and the people working there and the word-of-mouth marketing, we are going to be a little bit more tactical in marketing and reminding people that we are there, particularly, leading up to a competitor in Everett, that’s opening up in the second half of this year.” He adds that “….we view its operating future very much the same as what we’ve seen in a different scale, with a smaller investment up there than at National Harbor, but what we are seeing in our other new properties.”

Later in the Q&A session, Murren also stated that MGM Resorts International is looking into whether to shift its real estate stake in Springfield to the MGM Growth Properties real estate investment trust. REIT, a separate company owned by an investor, has tax benefits under federal regulations. This financial move would free up money that MGM Springfield can utilize. 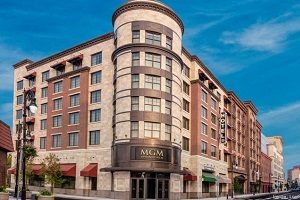 On August 24, MGM opened its doors to South End Springfield residents. The facility is worth $960 million. The casino is on 14 acres of land and is a full-size resort casino opened under the expanded gaming law in Massachusetts. The facility was built after the opening of the Plainridge Park Casino in 2015. In June 2019, Encore Boston Harbor is expected to open in Everett. This casino is the “competitor” Mullen was referring to, since Encore is a Wynn Resorts property. MGM’s National Harbor casino, worth $1.4 billion, opened in 2016 in Oxon Hill, Maryland.

The Massachusetts Gaming Commission has recently released gaming revenue from January for the state. In December 2018, MGM Springfield made $21,583,225.04. $14,255,518.22 came from slot machines and $7,327,706.82 came from table games. These numbers are a $335,311 increase from November 2018 revenue. The results come from MGM; the resort reported the information to the Massachusetts Gaming Commission. MGM also shared with the Gaming Commission that it would have $418 million in yearly gross gaming revenue in its first year. This amounts to $34.8 million per month. However, MGM Springfield has gross less than $23 million a month for the last three months.

According to recent results released by MGM Resorts International, adjusted earnings for pre-tax expenses and non-recurring costs were 14 cents a share. This figure was determined after the stock market closed. Financial analysts predicted earnings at 13 cents per share.