There was a movement in Florida that unified the gambling debate last Tuesday during the elections. The ballot initiative will give the right to approve or veto forms of gambling as a district or the people say. It is controversial because so many businesses have lined up on one side or the other of the debate. The businesses in favor of and opposed to the new gambling feature are very interesting, to say the least. On one side—The Walt Disney Company and the Seminole-owned Hard Rock Entertainment are for the passage of the measure. But on the other side, in favor of additional gaming venues in the state are the Miami Dolphins. They have historically been opposed to the notion of sportsbooks for football teams in the United States.

The Furor around Amendment Three

The Amendment was created by a group of concerned citizens. They were tired of the Florida Legislature passing legislation for casinos without the approval of voters. They wanted a voice in any new casino legislation. They didn’t feel the legislature was listening to their wishes not to have more casinos in their state. However, critics of the amendment have argued on two different fronts. First, the amendment will allow citizens a greater voice in the casino votes. Yet, some people in the gambling industry feel the amendment is unnecessary; the legislature is slow to pass casino legislation. Also, political researchers have stated that political interest groups are behind the amendment, especially Disney and Hard Rock.

The Miami Dolphins and the Tampa Bay Buccaneers have come out (quietly) in favor of the policy. According to the experts, the teams would not have ordinarily been in favor of gambling during NFL games. But there has been a shift in policy in the last five to ten years. The NFL has increasingly seen the benefits of gambling for their teams. The teams sell out tickets and have a share in the revenue of the team. Economists believe that revenue sharing, ticket sales, and merchandise alone for the NFL could be  $4 billion yearly. 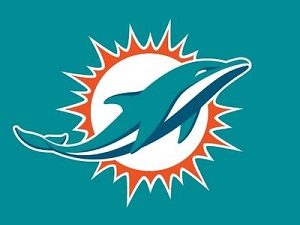 The Miami Dolphins have been a part of the Florida landscape since 1967. They are the only team that is not a part of the original American Football Conference. Most teams were created for that league in 1960. The Dolphins quickly became winners when they hired Coach Don Shula. He was the most successful coach in history regarding games won. The Miami Dolphins are the only NFL team to have a perfect season. The net worth of the team is estimated at nearly $2.4 billion.

Both the Dolphins and the Buccaneers, which is the NFL franchise in Tampa Bay, were lobbying against passage of the amendment. However, the Dolphins didn’t make their views public. Instead they donated half a million dollars to the campaign against the amendment. Both the Dolphins and the Buccaneers spent money to defeat the bill. The franchises were against the measure because they felt it would be nearly impossible to legalize gambling. If it is approved, it will take sixty percent approval by voters statewide before any new gambling measure can move forward.