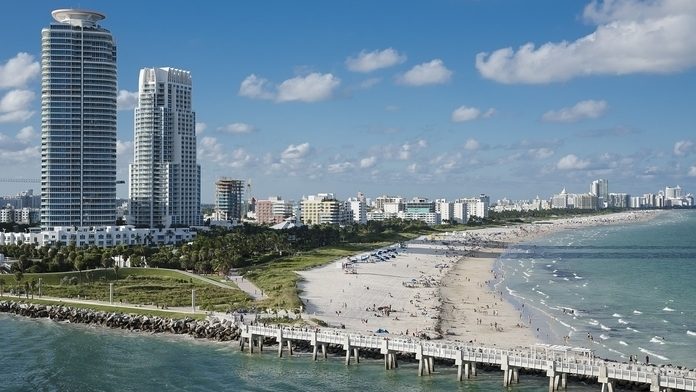 The Genting Group of Malaysia was granted approval for a strip of land near the bay in Miami to be transferred to it, giving the casino company an opportunity to move forward with its plans to build a marina in the large area of land. The approval was given by Miami’s city commission. Because the land is under the water, the developer, Resorts World Miami LLC, and the city can now begin negotiating the details to lease the land.

Purchases Made Before Moving Forward

Because the land was owned by the Department of Transportation (FDOT), the city needed to purchase it from the state, so Genting could lease it. The state initially bought the land to construct the McArthur Causeway. The six-lane highway connects Miami, South Beach, and Downtown. However, FDOT no longer needed the land since the construction of the bridge is complete. According to Miami Today News, the department said:

“The FDOT has determined the property is no longer needed for the continued maintenance of the McArthur Causeway and has agreed to convey the property to the city.”

It continued, “The city anticipates including a portion of the property in a submerged lands lease and is currently negotiating such lease with the adjacent riparian upland owner, Resorts World Miami LLC, which intends to develop and operate a marina which shall be located partly on submerged land owned by the city and partly on the property.”

The Bayfront, where the Miami Herald used to be, was first bought by Genting six years ago for close to $236 million. The casino company’s plans were to build Resorts World Miami, a $3 billion casino that would feature a beach, hotel, several towers, a lagoon, and various stores. The plans, however, could not be completed because of the laws in Florida and the company’s failure to get legislative approval.

The Miami River Commission approved the move back in 2016, and Resort World was able to continue with its plans to construct the on-site marina. It would also allow 42 boat owners to dock their vessels along the Bayfront’s’ river. As part of the agreement, in front of the shore is where the baywalk will be constructed. Genting will also financially assist in constructing part of a baywalk, which would run underneath Interstate395 and connect to the current baywalk, which is located near the Perez Art Museum.

While Genting has finally gotten approval, it has not been an easy journey doing so. Because the company had the idea for a resort that would be built on a 14-acre area of land, it planned to name it the Herald Plaza. However, the resort and its plans never came to fruition. Getting approval for the casino in Tallahassee never happened even after repeated attempts were made. The area of land stayed empty and only temporary use of the site was permitted. The site was used by art shows, such as the CONTEXT Art Miami and the Art Miami. The land will be used once again in the near future. The Miami Bach Jewelry and Watch Show will be held on the spot in February 2018.

In 2017, county commissioners also offered Genting a plan that would permit the company to construct a casino over a bus stop in Miami. However, Genting would need to pay $10 million in cash, in addition to another $16 million to upgrade the bus stop. The initial plan did not include utilizing the area for gambling, but commissioners did consider this as a potential possibility when they reached their decision.