Micrograming and Playboy, two giants in their respective industries, have joined forces once again to launch a new Playboy Gold Slot Game.

The collaboration was announced to enthusiastic online casino gaming fans at the beginning of 2018, with many eagerly awaiting its finished results. Now, the wait is finally over.

A Merger Unlike Any Other Seen in the Industry Before 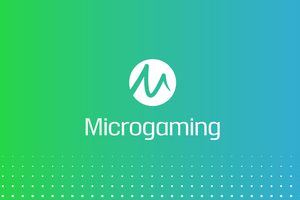 Although the Playboy Gold Slot game is the newest creation to come from such a strong partnership, this is not the first time Microgaming and Playboy have worked together.

There are already several other titles the companies have worked on, including the original and hugely successful Playboy Slot and the Playboy Live Dealer Studio. With all the fans of this collaboration thoroughly enjoying both games immensely, many believe this new Playboy Gold Slot Game will exceed the expectations of the players and take the current level of gameplay to new heights.

What Is Currently Known About Playboy Gold Slot

With the last-minute development still going on, there is still a lot the gaming industry does not know about Playboy Gold Slot machine. However, what is known is there is an extra reel added to the game, which turns the usual and traditional five-reel game into a six-reel game. This is said to improve the structure of those original slots.

This new slot machine is also said to have a significant 100 pay lines to it, as well as perfect mobile play, and many other elements.

What the industry does know is the content creation studio behind this new offering is none other than Triple Edge Studios. This independent company has only just started its operations, opening its doors a few weeks ago in February.

The decision to appoint Triple Edge Studio has sparked major interest in the gaming world. Many are interested to see just how well the company holds up in this vast market as it works with two giants of industry.

Microgaming and Playboy Have A Successful Track Record 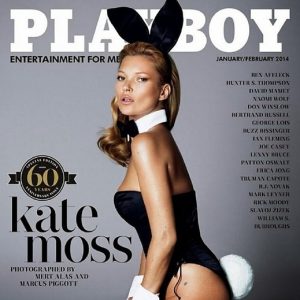 Both Playboy and Microgaming joined forces five years ago and have been reaping the rewards of their joint venture ever since. Both companies have gained immensely from teaming up, and it, therefore, comes as little surprise that they have taken yet another step forward to create another game.

Microgaming has an immensely successful development team , which has worked its hardest to bring the Playboy game creations to life and into a succession of gambling casinos.

Playboy is perhaps the perfect host when it comes to implementing its exhilarating lifestyle into both physical and online casino providers. The Playboy brand instantly suggests entertainment, as well as an envious lifestyle that almost everyone on the casino scene will have heard of at some point.

What These Two Industry Success Stories Will Work to Ensure

With such extensive knowledge and experience in their retrospective areas, there is no doubt, for nearly all gaming experts, that this latest offering from Playboy and Microgaming will reach the success of their previous offerings.

Not only will the game continue to be distributed to casinos around the world, both online casinos and land-based casinos, but it will also strive to offer the most thrilling of all game plays, which we have come to expect as standard from such a successful pairing.

Playboy playmates Audrey and Raquel serve as the game’s unique hosts, and, with them at the helm, they wait for players to take their seats. The game promises exciting reel action, as well as all the added glitz and glamour that you would only expect from a Playboy brand.