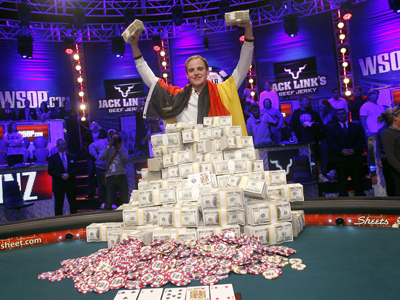 In an attempt to get 2018 off on the right foot, the Beau Rivage Resort and Casino in Biloxi, Miss., hosted its Million Dollar Heater Poker Series, which ran from Jan. 4 until Jan. 15. For almost two weeks, the casino’s poker room offered players access to a high-quality poker tournament. The prize pool was guaranteed at a million dollars.

The casino’s poker series consisted of a number of tournaments, including a PLO Championship, the Little Monster, and the Monster Stack 50K. The event kicked off with an event that had a guaranteed prize fund of $600,000. The Main Event had a guaranteed cash prize of at least $300,000, and the players in the Main Event had access to satellites, which ran from Jan. 7 to Jan. 13 to earn their tournament seat at a lower buy-in cost.

The buy-in of the Main Event stood at $2,500, plus an additional $200, and players were provided with $20,000 in tournament chips to start wagering. Each of the tournament’s flights played down to 15 percent of the field, and players who advanced to the second day earned a payout. Level One to Level 16 of the event had 40-minute blind levels, while levels 17 up to 30- had 60-minute-long sessions. The levels that remained lasted 80 minutes.

The 14 tournament events had buy-ins that ranged from just $155 up to the $2,500 required for the Main Event. As part of the competition, each day there was a No-Limit Hold’em tournament, as well as other daily events that boasted thrilling game formats, including Limit Omaha 8 or Better, Pot Limit Omaha, and Six-Handed No-Limit Hold’em. 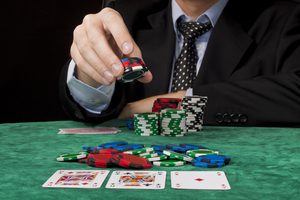 Mississippi’s Beau Rivage is a four-star resort that offers guests high-quality accommodations and fantastic amenities, and players in the series were able to stay in the on-site hotel while they were competing in the tournament. As part of their stay, they were able to avail themselves of the hotel and resort’s many luxurious facilities, including the spa and the nightclub with its excellent entertainment.

The resort also boasts no less than 10 restaurants, a full-service salon, 1,740 bedrooms, upscale shopping, and a golf course designed by Tom Fazio. The property, which is owned by MGM Resort International, sits on the spectacular Mississippi Gulf Coast and was the perfect spot to host this prestigious event. 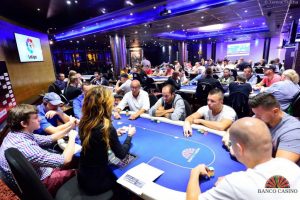 The Million Dollar Heater event, which was held in 2017, had a massive 2,739 entrants and broke the state record in Mississippi for the largest number of entries to be received for one event. The Manager of Beau Rivage’s Poker Room was very excited before the event about the potential growth that 2018’s event would bring to the casino.

He expressed his hope that the event’s new format would be a winner since every player that made the second day of any of the events would be guaranteed a cash prize payout. It seems that his hopes were well-founded. Because the 2018 poker series proved to be a great success for the resort and casino, he hopes it will pave the way for a similar event to be held at the Beau Rivage next January.