Many people are excited about the new partnership between MGM Resorts and Major League Baseball. Others, however, have a few questions. In particular, people who are affiliated with Minor League Baseball have concerns about the partnership. The league’s players do not come close to making the same salaries as those in Major League Baseball. Yet, they must follow the same rules. Minor League Baseball executives worry that because the players’ salaries are so low, this might motivate them to gamble. If they do, that would mean permanent expulsion from baseball. The players might be desperate to make extra cash. This desperation would fuel the temptation to take a bribe and throw a game. The specter of the 1919 Chicago Black Sox Scandal looms large. This year marks the 100th anniversary of the notorious event. 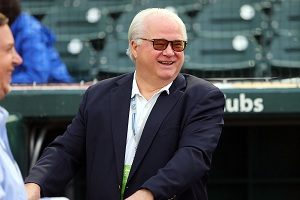 O’Connor said he is worried that the biggest problem may come in A, AA, and AAA ball. This is where more betting takes place. Because the salaries are so low, players might accept a bribe or gamble to receive a small pay raise. They might throw a pitch outside or miss a pitch at bat. He’s also concerned that once a minor league player is hooked, he might find it really hard to get free. Money is often hard to turn down.

History of the Black Sox 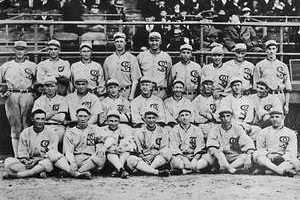 O’Connor specifically cited the infamous 1919 Black Sox scandal. One hundred years ago, the Chicago White Sox were in the World Series. The team had several potential Hall of Famers, including Joseph “Shoeless Joe” Jackson. Jackson, who was illiterate, denied he had any part of the scheme until the day he died. He said he had no idea what the other players were doing and would never have cheated on baseball. However, Jackson and the other players did not make much money, and they were easier to bribe. The players took money from mobster Arnold Rothstein. He wanted them to throw the World Series. The players said they took the money in part because their salaries were so low. They also felt underrated by the team’s owner. Major League Baseball banned them all from baseball for life.

How to Prevent A Reoccurrence

O’Connor said he has a solution to the problem. The MLB must pay the men a living wage to guarantee there’ll be no temptation to gamble or bet. This means that minor league players should make a salary that is above the poverty wage. For example, the highest minor league players could make below the lowest minimum of major league players. The MLB could set up a tier system so players would know what they’re making before they sign their contracts. The league can use some of the proceeds from gambling to monitor minor league players. This is the system in place in much of the major league sports. When the games are transparent, it’s more difficult to cheat. O’Connor said he hopes that a system can be in place before the 2020 season. This would be the earliest it could enact a system of minor league contracts and provisions.