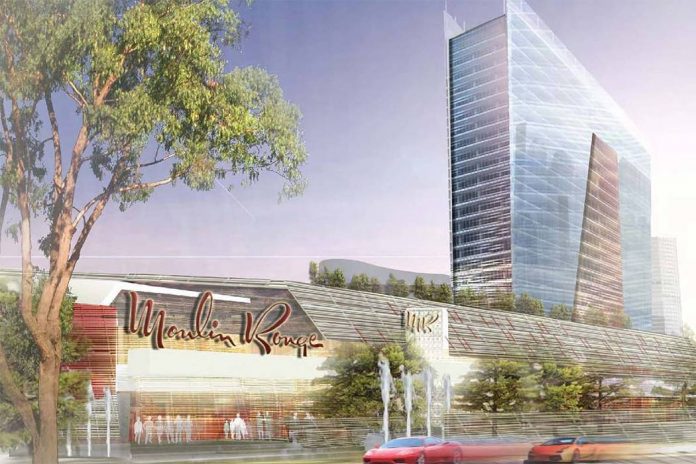 Towards the end of 2017, Clark County had their eyes on the historical site of the first desegregated casino, Moulin Rouge Hotel and Casino. The proposal originally outlined plans to build a family services office; now community members want to see officials revive the complex and bring it back to its original use as an accommodation resort and gambling house.

The Clark County residents’ voices were heard, and officials called off the $6.2 million bid, even though they were the only unrivalled bidder. Having succumbed to the will of the masses, a new agreement has now been put in place, one which will see the Moulin Rouge Hotel & Casino resurrected as the main attraction, very close to the original site.

Officials are looking at the prospect of building the casino on a development site on Bonanza Road, not too far from Martin Luther King Jr. Boulevard. The going price is currently looking at around $9.5 million, and an extra $1.6 million pumped in to the master-plan developments, which will cover costs for a completely refurbished Moulin Rouge-style casino.

Las Vegas Moulin Rouge LLC had put a bid in for the property over 2 years ago, but were unsuccessful with their proposal. Making another formal offer this week, the firm will have until Tuesday to hand over the full sale price into an escrow account as proof of funds.

Even though many bidders have submitted offers to take ownership of the former casino site in recent years, according to the court-appointed receiver for the site, Kevin Hatchett said that “there’s been promises made in the past that have not been fulfilled. That’s also why it’s a relatively short time.”

Many are optimistic about the future plans for the old casino. A principal for the company, Scott Johnson, said a deal was expected to be finalized by August 2, and how a lender has already approved the financing associated with the property. Hatchett also stated that court approval would be needed before a definitive timeline for the purchase could be drawn up.

If the purchase does go ahead as hoped, it is likely the project will have a significantly positive impact on the city’s historic Westside into the “Uptown” side of Las Vegas.

Kitting out the venue has cost up at about $400 million for the soon-to-be 400-room hotel and casino. It will be complete with over 25,000 square feet of gaming space, several amenities including a high-rise tower (which could pass for a landmark according to developers), and 2 restaurants serving up fine dining cuisine and a buffet.

The Casino and Hotel Features 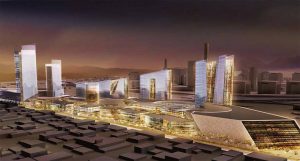 The complex will also feature a 20,000-square-foot convention area, as well as a pool-side nightclub and sportsbook. There will also be a 200-seat jazz center, 1,200-seat showroom, 5,000-square-foot museum, alongside retail, spa and wellness facilities.

Of course, it wouldn’t feel like stepping into the Moulin Rouge without the authentically renowned décor. Developers said they will look to include the Moulin Rouge neon sign as well as parts of the original casino complex into the new project.

“When people see the Moulin Rouge is being developed, all around the world, people want to come to Las Vegas,” said Gene Collins, a principal for the company and a former president for the local NACCP. “It’s not a Westside thing, it’s an international thing.”

The wide scale project is also said to generate thousands of job and career opportunities for Clark County and surrounding areas. The later phases for building the casino has been estimated at a cost of $1.2 billion collectively, and will look to include an expanded gaming floor, more retail outlets, and entertainment venues, including a 12,000-seat arena and a 15-storey office tower.

Johnson added in his statement that he “can get it done if I’m given the opportunity,” he said. “I’m not necessarily looking for a legacy project, but this would be it.”