Tribal gaming has been a mixed bag for Native Americans. Any Native American tribe recognized by the federal government can have legalized gambling on its lands. Some tribes have seen millions of dollars in revenue. They have used it to provide social services for their tribal members. Others, on the other hand, haven’t seen any profits. However, in California, the gaming industry has been profitable for the Native American tribes.

The History of Tribal Gambling in California 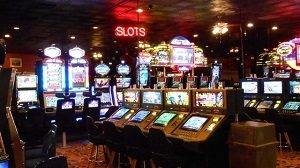 Outside of Las Vegas and Atlantic City, no one thought about the possible benefits of gambling. That is until the federal government began to issue rulings regarding tribal sovereignty. The law says state governments have no jurisdiction over tribal lands and tribal laws. This opened the door for tribes to legislate for themselves. And, that meant they could pass laws they believed would benefit their people.

In California, the Cabazon Band of Mission Indians decided to open bingo and poker halls to raise money for its people. The police department closed the halls down and arrested several people. So, the tribe sued in federal court. The U.S. Supreme Court ruled that states do not have the right to tell Native Americans what to do on their tribal lands. Congress solidified that court ruling by passing the Indian Gaming Regulatory Act. This gives tribes permission to enter into compacts with state governments to share some of their revenue.

The Effect on Tribes in California

Native American tribes have accumulated revenue that has increased from $5.4 billion in 1995 to $35 billion in 2017. In California, the state voted to allow casino gaming, along with slots and bingo halls. The results have been beneficial for California’s tribes. Some of the Indian casinos in areas frequented by tourists average tens of millions of dollars in revenue each month. Some of these casinos include Agua Caliente Casino Resort and Spa, Pechanga Resort & Casino, and Thunder Valley Resort.

The Effects of Casino Entertainment on the Community

In addition to the monetary revenue, the tribes have benefited from additional perks. First, there are the casinos. Because they draw crowds through their gambling and entertainment venues, they have attracted thousands of people who don’t gamble. Instead, these people want to take part in the entertainment and attractions. Several theaters in the area can draw between 1,500 and 5,000 people for each concert.

In addition to different concerts and comedy attractions, visitors can also boost the traffic into restaurants and shops. It doesn’t matter whether Native Americans own them. This traffic into the community has led to additional millions of dollars in revenue for the areas the casinos serve.

All of this success comes with a caveat. Some tribes brought in outside gambling experts to help them start and manage casinos. Research has shown these tribes have profited more than tribes that tried to start the casino from the ground up. Casinos that work with management companies are far more likely to reap the benefits in their communities. California casinos are proof that properly managed casinos can offer top-notch entertainment. They can also create revenue that can greatly benefit the Native American tribes that run them.