Despite owning a reputation as being one of the strictest states in the country, Nebraska is now reviewing current laws and regulations which could soon see them permit certain forms of gambling.

After a petition was signed and pushed into place by locals and residents in May, officials will now look to open a 2020 ballot, where voters will be given the freedom to choose whether Nebraska should finally welcome casinos to the state, or continue to keep an austere attitude towards the gambling industry as a whole.

At current, Nebraska has pretty much outlawed all forms of gambling, including sports betting and most online betting; however, the state does allow Native American tribal casinos to operate, under the condition that they only offer bingo, card games, and games where the outcomes have no stake. The state still permits horse racing, the lottery, as well as keno, while commercial casinos are able to offer craps, slots, roulette and blackjack.

Players Venture outside the State for Certain Games

There are 4 casinos operating in total. But if locals want to partake in games which aren’t permitted within the state, they must commute to neighboring states such as Iowa, Kansas, or Colorado, where the laws on gambling are much more liberal. Kansas is one of the states with the most relaxed approaches towards gambling, and one which is becoming an increasingly favored destination.

CEO of Ho-Chunk Inc., Lance Morgan has been working closely alongside the Winnebago tribe, in a bid to rule out a wider gambling landscape within Nebraska; particularly when much of the state recognize the revenue and economic benefits it would generate.

“Hundreds of millions of dollars go across the border every year, “said Morgan. “For a Nebraskan to do gaming, you have to go half a mile. It’s the height of paternalism to try to restrict it.”

“Casinos are bad for families and bad for business,” said Nate Grasz, policy director for the Nebraska Family Alliance, a conservative policy group that plans to fight the measure. “All men and women deserve an opportunity to build the best lives for themselves, and state-sanctioned gambling robs them of that opportunity.” 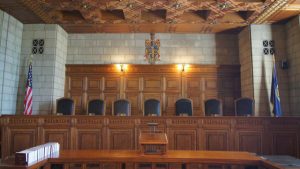 During the 2004 and 2006 ballot, opponents manage to keep the existing measures locked in place by challenging a gambling clause that saw the Nebraska Supreme Court later declare it “unconstitutional”, thus, removing it from the ballot. In recent years however, the same enmity group has acknowledged the public has grown to offer more support for a gambling revision throughout the state.

“It’s going to be hard,” said executive director of Gambling with the Good Life, Pat Loontjer. “We’ve been doing this for 24 years, and, well, the atmosphere in the state has changed.”

Supporters are confident the reworked ballot measure will be able to overcome any challenges in court when the time comes in 2020. For this to happen, the latest campaign will need to see three signed petitions; an amendment to the constitution to allow casino gambling to take place at horse tracks, while an additional change to the law would be required for regulating the industry’s tax structure.

Nebraska isn’t the only with state with harsh terms when it comes to gambling. Both Utah and Hawaii have banned all forms of gambling altogether; the only 2 states in the entire country. For Utah, this is primarily because 65% of the population identifies themselves as Mormons, and therefore gambling violates their beliefs. For Hawaiians, who are extremely family orientated – their traditions and culture are what finds them strongly in opposition of gambling.