Casinos in Nevada were sailing on a high of six months of revenue that was increasing. They attributed this to the roaring U.S. economy. However, for the second straight month, revenue has dipped at the state’s casinos. The August numbers were the lowest revenue in 2018. 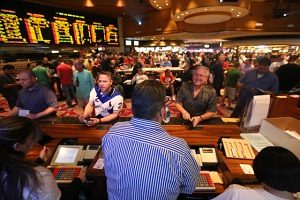 In Nevada, there is truly no aspect of gambling that isn’t legal in the state. The state is home to 334 casinos. A third of them are in Las Vegas alone, either on The Strip or close to The Strip. In Nevada, lots of different types of gaming are legal, as are sportsbooks. Until May, Nevada was the only state that had legal single sport sportsbooks in the entire country. The state’s gambling market is second only to Macau, which has the largest gambling market in the entire world. Almost 43 million people visited Nevada last year, and it is very heavily invested in gambling as an economic engine. Researchers have estimated that the gaming industry contributes $53 billion to Nevada’s economy every year.

The Nevada Gaming Control Board, which oversees the gaming industry, stated the casinos took in $913 million in August. This represented a decline of nearly 8 percent from the same time last year. The money that came in from the gambling houses in August represents the lowest monthly total from casinos this year.

The gaming control board said the results were disappointing, but not surprising. The casinos had a strong August showing last year. The largest draw of August 2017 was the Mayweather-McGregor fight, which drew thousands of additional tourists. This August, there was nothing exciting to draw additional tourists in. The casinos on the Las Vegas Strip collected $478 million in August. This represented a decrease of 12 percent from the previous August. Casinos in downtown Las Vegas also decreased in revenue by 4.8 percent to $46.2 million.

The Numbers of Tourists in Vegas 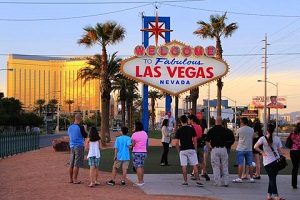 The gaming board reported that the number of tourists really didn’t decrease from August 2018 and July 2018. However, one item that may have accounted for the drop in gaming revenue was the weak convention calendar. Although the yearly visitor volume has been down this year – at 3.4 percent — the biggest drop was in convention visitation. Convention visitation was down 19.5 percent during the month, which represented the biggest decline of any month in 2018.

In addition to the issues with conventions in the market, there was also a decline in hotel occupancy. Historically, Las Vegas has been able to fill its hotels and charge a decent price for rooms, However, in August 2018, the citywide hotel occupancy dropped nearly 4 percent to 90 percent occupancy. The average room rate per day also fell to $119 per night, on average.

The gambling business is still going strong. However, what concerns the commission is the number of conventions and trade shows that decided to skip Vegas this year. Other popular trade shows during the summer months decided to move their events to another month in the town.