The Devils in Jersey 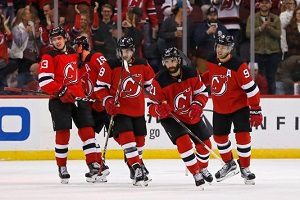 The New Jersey Devils have been moving to their own tune since they moved to Newark from Kansas City in the 1970s. They are named after a legend in the state that speaks of a winged creature that walks on two legs. As legend has it, a woman, Mother Leeds, pregnant for the thirteenth time, cursed the child, saying he would be the devil. The legend has grown, saying the thirteenth child was born of the union of a witch and the devil. The Jersey Devil has been blamed for everything from ghosts and goblins to murders and hauntings. It seems that the Jersey Devil is perfect for the title of a rough and tumble hockey team.

After years of mediocrity, the Devils appear to be on the rise. They clinched their first playoff spot in years during the last hockey season. 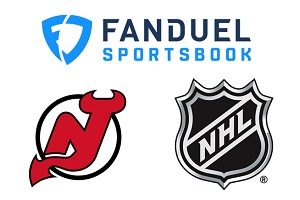 The Devils (and the NHL) have signed an agreement with FanDuel, which is a daily fantasy sports league and a sportsbook. FanDuel is the exclusive daily fantasy game for the NHL, and one of several betting partners. The agreement allows FanDuel to open sportsbooks in the Devils home ice location in Newark and advertise using the Devils logo. FanDuel can even brand the ice itself. VIP boxes and additional perks are also available to FanDuel patrons.

FanDuel has been a successful daily fantasy sports game. It began as a fantasy sports projection site, and gradually grew into a daily fantasy game site. Players can effectively choose teams, place bets and play in tournaments for money. While FanDuel and its closest rival, DraftKings, tried to merge, the merger was rejected by the Federal Trade Commission. FanDuel was later bought by Paddy Power Betfair, a large sports wagering company.

In addition to the deal with FanDuel, the New Jersey Devils have also made deals with other gambling businesses. William Hill, a large sportsbook in the UK, and Caesars Entertainment, a large casino gaming company have made deals with the Devils. There are plans for William Hill and FanDuel to open up a sports lounge in the Prudential Center. The Prudential Center is the home ice for the New Jersey Devils. The projected sports lounge will have huge viewing screens and odds for all the hockey games for instant view. Patrons will have to bet using the mobile betting app; however, because the gaming companies can’t take cash payments.

There are future plans for a small casino development. Players will be allowed to gamble on their favorite casino games online and on site. The hope is that the Prudential Center will become more than just a place where the Devils play. It will also be a location where people play casino games and bet on additional games using sportsbooks. This is the current trend in sports arenas throughout the United States. Patrons spend hours at the venue, eating, drinking, making merry, and placing bets. Future plans for the Prudential Center are along the same lines as the new developments in Atlanta, Las Vegas, and Los Angeles. As usual, the Devils are ahead of the curve.