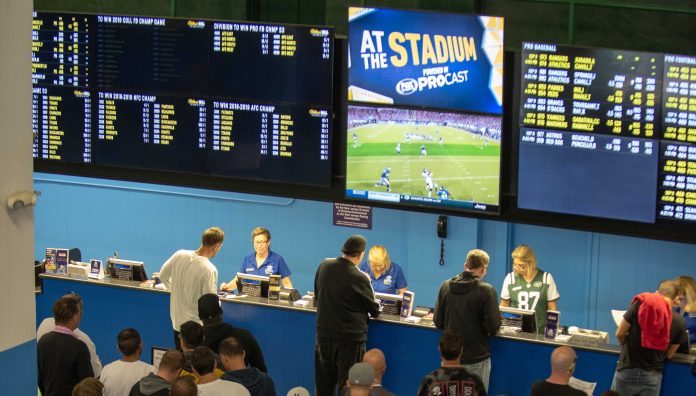 Lawmakers in New Jersey are hoping to tap the public purse to support the horse racing industry to the tune of over $100 million over the next five years.

A bill with bipartisan support has been approved by the Senate that intends to garner a $20 million per year annual subsidy to embellish the amount that can be won at New Jersey’s racetracks and provide what some supporters of the legislation say is an essential “shot of adrenaline” to the flailing industry.

The bill, which still needs to be passed by the state Assembly, is intended to boost the slacking fortunes of what was once a $1 billion industry that both supported thousands of jobs at and around the tracks as well as propped up the viability of numerous farms in rural New Jersey.

Critics, however, have said the bill amounts to no more than a taxpayer funded bailout of an industry dear to the hearts of many New Jersey politicians, even as the state struggles with an underfunded budget.

New Jersey and horseracing go back a long way. Both Monmouth Park and Freehold 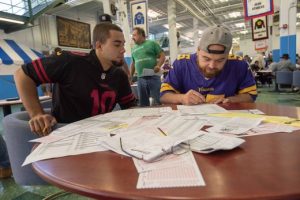 Raceway can trace their lineage back to the 1800s, while the more contemporary Meadowlands racetrack opened for business only back in the 1970s.

Traditionally, purses at the race tracks were in part funded from Atlantic City’s casino industry, and back in their glory days drew huge crowds. As former Governor Chris Christi strangled the prize subsidies in an attempt to divert scarce resources to other causes, the race track’s draw began to wane.

At the same time, Atlantic City’s fortunes sank into the doldrums, starving the once thriving industry of much need, life supporting cash.

The tracks’ fortunes took a turn last year, when the state legislature passed sports betting legislation in the wake of the monumental U.S. Supreme Court decision in the case of Christi vs NCAA, in which the Supreme Court ruled that the Professional and Amateur Sports Protection Act of 1992 was unconstitutional and returned the authority to legalize sports betting back to the individual states, de facto opening the floodgates on the $150 billion sports betting industry in the United States.

As a result of the New Jersey legislature’s action, the state’s race tracks and casinos were deemed to be the only places where in person sports betting would be allowed, with initial returns at both the tracks and casinos showing that the initiative has won massive public support. The state has reported nearly $1 billion in betting revenues since the sector was legalized back in June 2018.

Jobs on the line

With the industry supporting over 13,000 jobs directly as well as providing the impetus to 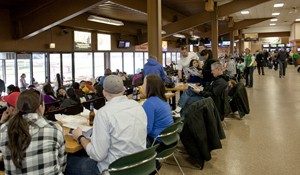 sustain another 175,000 acres of farmland, the proposed bill intends to use taxpayer dollars to maintain the status quo.

The New Jersey horse racing industry has been facing increased competition from neighbouring states, whose budgets still can find the room to subsidize purses.

“This will be a huge help for the horseracing industry that is an important part of New Jersey’s heritage and culture and a key source of jobs and economic activity,” said Sen. Vin Gopal (D-Monmouth) as reported by media outlet NJSpotlight.

In its current wording, the bill proposes to use taxpayer funds to dole out $20 million per 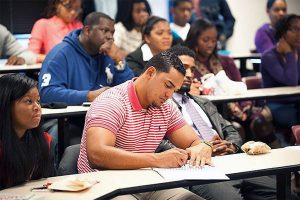 year to each of the state’s three privately owned racetracks to boost prize money, drawing money from the state’s general fund. Were the bill to pass in the Assembly by June 30, the states general fund would already see the first tranche of the $100 million total, $20 million, drawn this year.

In an attempt to further boost the industry, the current legislation calls for all racetracks with sports betting operations to engage in profit sharing agreements with the state-wide bodies representing thoroughbred and standardbred owners and trainers.

Furthermore, the bill requires that the subsidized purse money be equally split among harness racing at Freehold and the Meadowlands and thoroughbred racing at Monmouth Park.

Funding would also be set aside to increase the prize money on “New Jersey sired horses” as a way to garner enhanced public support for local breeders.

“We feel that this purse-supplement money as well as the ability to enter into agreements with sportsbook operators at the racetracks will provide a necessary shot of adrenaline into the horseracing industry,” said A.J. Sabath, a representative for the state’s owners and breeders, who spoke before state lawmakers last month.

The New Jersey Senate approved the measure unanimously just before the New Year and the bill, which has widespread bipartisan support, is slated to come before the Assembly later this month.

While the legislation appears to have substantial bipartisan support in both houses, criticism has not been completely muted, with detractors, who question where the funds will come from, highlighting the fact that the state has the one of the poorest funded public-employee pension systems in the United States and is rife with budget problems.

“Where’s the bailout for the average resident paying property taxes? If it was a successful industry, it would prosper without the dollars of hardworking New Jerseyans,” said Erica Jedynak, director of Americans for Prosperity-NJ, a free-market oriented lobbying group.

She added, “Upping the ante for corporate welfare is a race to the bottom.”