The legal gaming market in New Jersey shows no signs of slowing down. The market has exceeded another record in monthly revenue.

Figures released recently by the New Jersey Division of Gaming Enforcement (DGE) indicate that the licensed gambling operators in the state generated $33.6M in January 2019. This is a 53% increase from January 2018 and $4.6M higher than the record set in December of 2018.

Online poker has seen a significant increase in revenue as well. The report for poker, however, was disappointing, since the revenue was only $1.88M in January, which was a 3.5% decrease from January 2018. However, online poker revenues did increase revenues from December 2018, when the revenue was $1.76M. 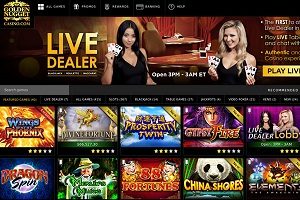 The Golden Nugget continued to be the leader in online gambling markets. The company set a new individual operator record with $12.18M in January, all from online casino bets. Churchill Downs, which has a brand with BetAmerica, is the latest company to collaborate online with the Golden Nugget. Since the collaboration is still new, revenue from the partnership will not be counted until February revenue results are calculated.

Even though the Golden Nugget is a gambling leader, industry rivals are still working hard to attract customers. In second place is Resorts Digital Gaming; revenue for the company in January was $6.45M. $670K of this came from poker operations of PokerStars from Stars Group. The complete revenue figure is Resort’s all-time best. Operations for the company now include new online game options from DraftKings. DraftKings was previously a pure fantasy sports operator, but is now one of the leaders in online sports gambling in New Jersey. DraftKings is enjoying the benefits of the cross well and recently inked a deal with Evolution Gaming. Evolution Gaming specializes in providing products to live casinos. DraftKings collaborated with Evolution to create a limited product line for casinos that debuted in December 2018.

The Borgata family of websites is third on January’s revenue chart and made $4.74M during the month. $488.5K of these funds came from poker. Fourth place was earned by Caesars Interactive Entertainment was far behind with $4.57M and poker contributed to almost $725K of this income. Tropicana earned fifth place, making just below $3.5M.

Hard Rock Atlantic City has long been a staple for local gamblers and vacationers. The casino had its best month to date and earned $1.62M in January, which was a $300K increase from December. New Jersey’s Ocean Resort Casino made $531K from its online casino. This was a small increase from December 2018 but much less than the $732K the casino earned in November 2018.

Gambling in New Jersey has many forms. There are a variety of casino games to play in Atlantic City. Gamers can also play the New Jersey Lottery and participate in both horse racing and off-track betting. There are also opportunities to gamble or charity in the state and New Jersey provides several amusement park games and venues for social gambling. Gambling laws are noticeably less restrictive in New Jersey than many other states. The state challenged the Professional and Amateur Sports Protection Act of 1992 (PAPSA). The act grandfathered the monopoly Nevada had on legal sports gambling. In May 2018, the Supreme Court overruled the decision by the Appeals Court. This was the first obstacle to be removed to allow New Jersey to permit sports gambling.