The Supreme Court ruling to allow sports wagering has led both legal and illegal gambling operations to spend more money. The funds are used to attract bettors and bring in more business. There has also been a rapid increase in sponsorships, which can be confusing for media outlets. Reporters are not sure whether some of these sponsorships are for legal gambling. Spreading information about unlawful gambling that is presented as legal could pose significant problems. Reporters could encounter issues with federal and state governments for misleading gamers.

Gambling and the NFL

The NFL should be concerned about distinguishing between legal and illegal gaming as well. The New York Post asserts that the New York Jets have partnered with 888.com, a website for sports betting owned by 888 Holdings.

The Post states that the Jets don’t believe that this partnership is in violation of the league’s policy. The ads that are run by the Jets don’t name its sports betting site, 888sport, specifically. It not yet clear whether this will be adequate for the league, since the NFL could instruct the Jets to cancel the deal.

888 Holdings seeks to make a profit by operating in the U.S., and is a foreign company. Unless the company is adequately licensed to operate a sports book in New Jersey and conduct other online gambling, it’s unlikely that the Jets will continue their relationship with 888 Holdings. However, even if 888 Holding is associated with the New York Jets for a short time, this will likely be enough for the company to get the exposure it needs to attract more customers.

MGM and the Jets 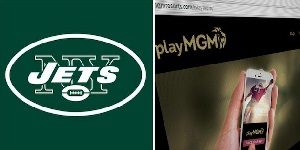 New York Jets is also in a gaming partnership with MGM Resorts. This is the first NFL deal that involves more than a casino sponsorship. The deal includes the game I Called It. In the game, fans answer questions about what they think will happen in future Jets games. I Called It is available exclusively on the New York Jets app. The app is sponsored by PlayMGM, MGM’s official app.

I Called It also falls within the guidelines of the new rules for the NFL that allows gaming partnerships –not gaming relationships.

MetLife Stadium, the home of the Jets, located in New Jersey, allows sports betting. The revenue from betting at the stadium is second in revenue only to Nevada. Neil Glat, Jets president, says that when gamers bet at the stadium, they are awarded prizes, but fans are not allowed to wage money. 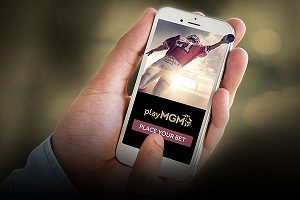 The PlayMGM can be promoted legally because it includes paid games and free games.

Scott Butera, president of interactive gaming at MGM says “we can promote our app and our casino, which is valuable to us because it could lead to a sports betting customer.” Butera says that MGM is able to do this despite the fact that the NFL doesn’t permit MGM to have a “specific call to action.” Butera adds that MGM is pleased with the demographics provided by the Jets, since the fans have high incomes in a region where sports gaming is now legal.

The deal includes in-stadium signage and Jets studio sponsorship, where the Jets films its digital media and TV content. The deal also involves the sponsorship from MGM hotels, primarily Atlantic City’s Borgata, which accepted its initial sports wager on June 14.

Season ticket holders for the Jets and team rewards members will also have the opportunity to win exclusive entertainment experience. These sports fans can also win free hotel rooms. In turn, MGM is permitted to use the Jets logo at its Borgata location. However, the logo can’t be associated with MGM’s sports gambling business.