A recent poll done by researchers at a New Jersey university found that sports gambling helps sports viewership. This is good news for the networks that televise or stream major league games. In recent years, the league has seen a decrease in viewership for their games during the year.

The Change in the Sports Betting Landscape 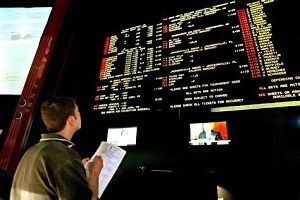 The Supreme Court ruled in May that states could decide for themselves whether to allow sports gambling in their states. This overruled a 1992 law passed in Congress that banned sports gambling in all the states that did not already have it (Nevada was the only state with single sports betting). No one was allowed to gamble on either amateur sports or professional sports. However, New Jersey successfully argued last year that the federal government had no right to regulate gambling in the states, because states control their own commerce. The Court agreed, and states began to pass gambling legislation. Currently, there are a few states that have legalized sports gambling, and the number is expected to double by the end of the year.

The Seton Hall study was conducted by researchers at Seton Hall University. They asked over 1000 adults aged 18 and older questions about the legalization of gambling, and their sporting behaviors. The researchers stated they were interested in conducting the survey because of the changing sports landscape in their state of New Jersey. There has been an influx of advertising in the Garden State. Gambling websites, casinos, and sportsbooks have begun advertising on television, on billboards, over the internet, and during radio broadcasts or podcasts.

The 18-29 demographic is of particular importance to advertisers and gambling companies alike. This is the demographic of young adults with disposable income who have money to spend on gambling. In addition, this demographic is a large one, as Millennials make up a huge population of the country compared to the generation directly ahead of them, Generation X.

This has been a rough year for some of the major league teams. While college sports remain popular in many areas of the country, professional sports have been an issue. The NFL has been suffering from a boycott by many viewers over Colin Kaepernick. Kaepernick is the former San Francisco 49ers quarterback who refused to stand for the National Anthem because of what he saw as excessive police brutality. People are tuning out on the NFL, either because they agree with Kaepernick, or because they believe players should just play football. No matter which side the viewers are on, viewership is down.

Other leagues have also suffered from the same issues. For example, the NBA has been suffering from a decreased viewership because there have not been rivalries that fans are interested in. The MLB has also been suffering from decreased viewership, because the population who used to watch baseball is aging out, and the league has not been attracting new fans. In fact, the only major league franchise that is increasing in viewership is the MLS, which has seen a significant rise in viewership in the demographic 18-29. Researchers point out that this age group played soccer as children, and are interested in the game as a whole.

If the survey is correct, this means that viewership of all the major league teams could increase if states allow sports gambling to happen. This would be a plus not only for the states, but also for the major league franchises and sportsbooks as well.